Mexico: A couple escaped from the shelling, but left their daughter 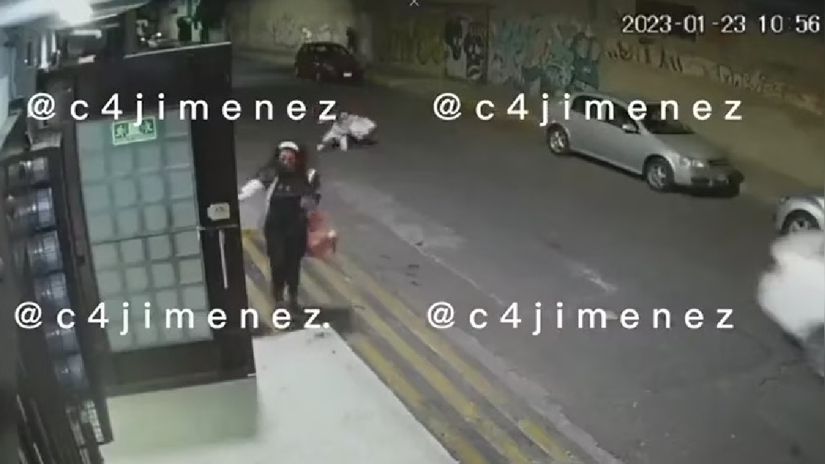 Moments of tension were recorded on a surveillance camera. Gustavo A. Madero, mexico cityafter alleged hitmen instigated a shooting to kill the unsub who was accompanied by his partner and daughter.

However, what went viral from these images is that during the escape, the parents leave the minor to her fate, and thankfully, the adults didn’t arrive.

They leave their daughter in the middle of the shooting

The footage shows how the couple and their daughter were in a white car when a motorcycle with killers drove up, who mercilessly opened fire on the driver.

The woman and the minor manage to get out of the car, while the father accelerates to avoid the bullets.

The couple, however, manage to run faster than their daughter, so they enter the house just a few meters ahead and close the door to prevent the perpetrators from following her, not realizing that she is leaving her daughter to her fate. She ran with some kind of sheet in her hands.

The video was shared by journalist Carlos Jimenez on his Twitter account, he said that the woman was injured, and assured that the Minister of Civil Security and the prosecutor’s office from the capital were already investigating the facts.

Apparently, the armed subjects were aiming at the man, therefore, as soon as he advanced a few meters, they stopped firing and fled. Thanks to this, the girl was not injured.