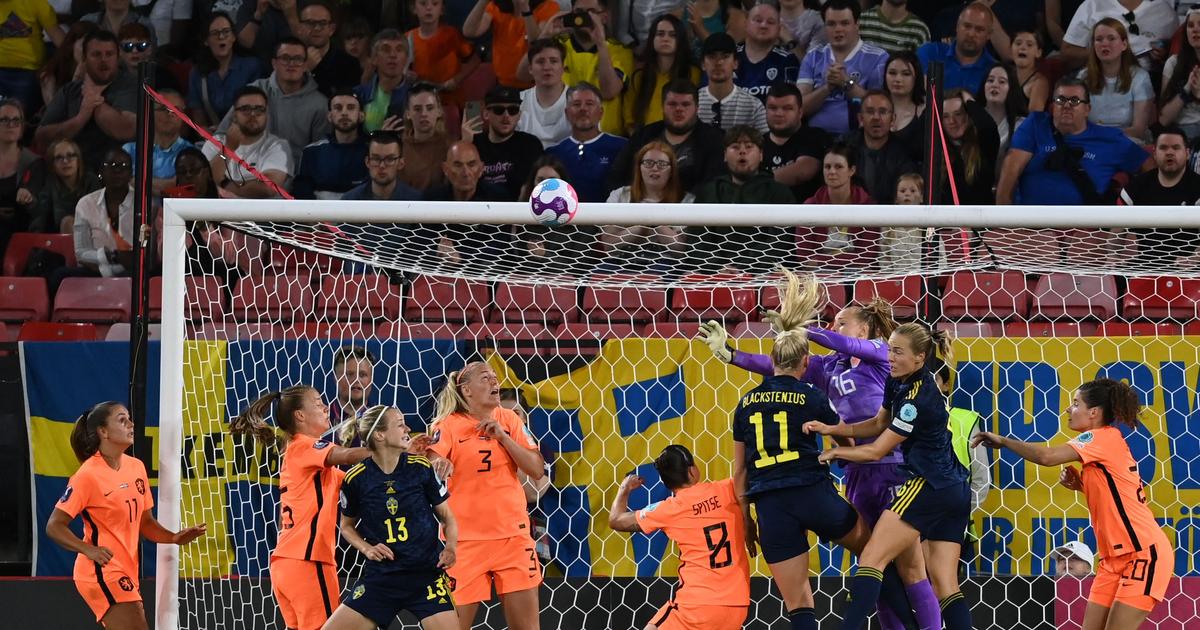 The Netherlands, the reigning European champions, kicked off their title defense at the Euros on Saturday in Sheffield with a brave 1-1 draw against Sweden, another favorite recovering from a nightmare first period marked by two nagging injuries.

The crowning contenders’ ball at Wembley on July 31 has so far failed to produce a major surprise, with preliminary victories for England, Norway and Germany among others, and women’s football fans have been salivating ahead of the announced clash at Bramall Lane.

If the atmosphere was good at Sheffield United’s stadium, filled with 21,342 spectators in orange and yellow shirts, the meeting between the two mainstays of European football took time to come to life.

The Dutch, the reigning runners-up and European champions, struggled to show their game against the more enterprising Swedish Olympic runners-up. And their first half was a nightmare, between the opener conceding quickly (36th) and, above all, two worrying injuries to his backline.

Then, central defender Aniek Nouwen left the field with the assistance of the medical staff after injuring his right ankle. Under the weight of Swedish striker Lina Hurtig, she bent over in the area after the fight. Despite these twists of fate, the Netherlands found the mental and physical resources to score.

The four teams in Group C are level after their first matches as Switzerland and Portugal drew 2-2 earlier. One of the two qualified teams at the end of the first round will face France in the quarter-finals if Les Bleues, who open their tournament against Italy on Sunday, confirm their ticket.

Previous articleThe court decided to change the house arrest of the PPK in connection with the appearance with restrictions
Next articleAt a party with Scholz’s participation, women were drugged – media