Foreign Minister Cesar Landa: The presentation of the presidency of the Pacific Alliance will take place in Lima in the first week of December 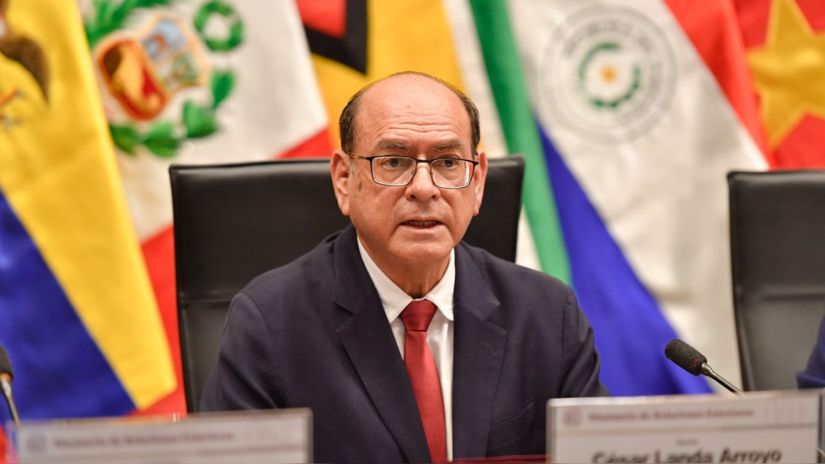 Foreign Secretary, Cesar Landaannounced on Tuesday that the transfer of the interim presidency of the Pacific Alliance will take place in our country during the first week of December.

Landa said they are waiting for the Mexican Foreign Ministry to inform them of the process and that this will happen as soon as final confirmations are received.

“From the information that we received, in reality (the presentation of the interim presidential post) it may be the first week of December, but the important thing is that this gesture by the president Andres Manuel Lopez Obrador visit to Peru to hand over the interim presidency and challenge other leaders of the Pacific Alliance, Gabriel Boric from Chile and Gustavo Petro from Colombia,” he said in statements to the news agency. Andean.

Mexican President Andres Manuel López Obrador confirmed on Tuesday that the Pacific Alliance summit, scheduled for this Friday, November 25, has been suspended in the country due to Congress’s refusal to allow the presence of President Pedro Castillo.

“The meeting of the Pacific Alliance was suspended because the President of Peru, who is in charge of the chairmanship (of the organization), was not allowed to participate, he was going to take it here, and we are studying the possibility of an act. in Peru,” he said. Lopez Obrador at his daily press conference in Mexico.

López Obrador supported Castillo on other occasions and even denounced that “racism” was behind the attempts of the Peruvian Congress to remove him.

The proposal to suspend the event was well received by Pedro Castillo, who welcomed the position of López Obrador and said that there would be no problem with hosting the summit in Peru. “Why should there be problems? Welcome everyone, we are all brothers,” he said on TV in Peru.

“From here I salute President López Obrador. I would like the sister countries of the Pacific Alliance, as well as the president of AMLO, to be here. [Son] Welcome, he said from the county Villa Maria del Triunfo (TDC).

On the other hand, constitutional Court declared valid writ of habeas corpus submitted by the Presidential Defense Pedro Castillo and ordered that the proceedings against him for alleged treason that had taken place in Congress be annulled.

The Greatest Interpreter Constitution He also declared invalid the final report, approved by the Subcommittee on Constitutional Accusations (SAC), which recommended that the head of state be indicted.

Previous article
Monsignor Cabrejos notes that he proposed to the OAS high-level group to form dialogue tables to resolve crises.
Next article
The CIA says it is willing to recruit Russians who are unhappy with the war