Judge TC assures that there are “sufficient motives” to point out that Pedro Castillo committed treason. 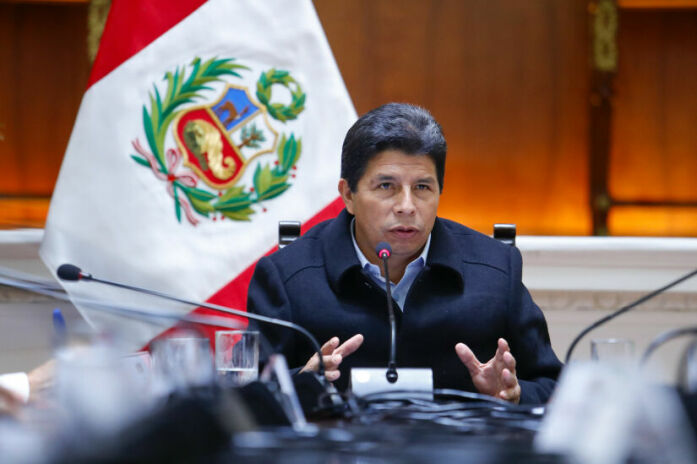 Manuel Monteagudoworld judge constitutional Court, defended the decision to declare justified the writ of habeas corpus submitted by the defense of President Pedro Castillo and thus annul the trial against him for treason. In that sense, he pointed out that the vote was unanimous because they had never seen behavior exhibiting this accusation.

“In a procedure at this rate, it becomes irreparable to our system. In fact, thinking not only about the president, but also about the institutional structure of the country, there is a very executive way here when the president can leave. We warned that there is a Motivational problem in confessing and reporting, it is not enough to indicate that there is treason because articles 1.2,3,4 and 5 were violated, what are the facts? Where do we have behavior that does not show that there is a conspiracy, which will lead to this situation? One statement is not enough,” he said in the program Things as they are RPP.

Manuel Monteagudo emphasized that the interview given by the President Pedro Castillo the international publication is not a sufficient fact for the prosecution, and they do not see the construction of an attempted crime.

“In the midst of a procedure that will immediately lead to an indictment, it seems to us that the motivation is insufficient. Thus, we cannot stand up to our political system and affect the individual freedom of a person in these circumstances,” he added.

The TC ruled in favor of the President

The Constitutional Court found justified the application of the President’s defense for the habeas corpus procedure Pedro Castillo and ordered that the case against him on charges of treason be annulled.

The highest interpreter of the Constitution also declared null and void the final report approved by the Subcommittee on Constitutional Accusations (VAK), which recommended that the head of state be indicted.

“The Constitutional Court, with powers vested in it Political constitution of PeruDecided that the application for habeas corpus was valid and that the agreement was null and void Subcommittee on Constitutional Charges of the Congress of the Republic of February 28, 2022 on the acceptance of the complaint against the favored party, as well as the Final Report of the Constitutional Complaint 219 on the violation of the right to adequate motivation at the headquarters of the Parliament”, can be read in the decision of the TC.

President Pedro Castillo issued a warning against the opposition sector, which, he stressed, does not respect the “people’s will” that placed it in the Government Palace.

“We respect democracy and institutions. But many times we have extended our hands, we carry our white flag, we want to sign peace, and when you turn around, they take out their dagger and therefore you cannot work,” he said.

Previous article
The CIA says it is willing to recruit Russians who are unhappy with the war
Next article
Brazil: Jair Bolsonaro refuses to recognize Lula da Silva’s victory and asks to reconsider elections