Pedro Castillo: The Permanent Commission will consider this Thursday, November 24, a complaint of treason 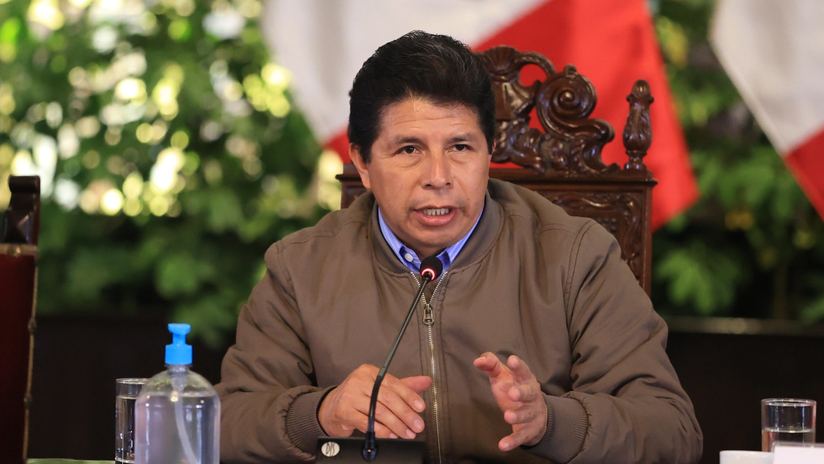 Permanent Commission of Congressscheduled for this Thursday, November 24, is the final report on constitutional complaint 219, which seeks to ban President Pedro Castillo for five years for alleged treason.

This is within the scope of the ruling. constitutional Court where he ordered the annulment of the final report approved Subcommittee on Constitutional Charges (SAC), which recommended that charges be brought against the head of state.

The meeting, scheduled for Thursday from 9 am, will consider the complaint, despite the substantiated claim of habeas corpus filed by the Presidential Defense v. Subcommittee on Constitutional Charges. The meeting was also scheduled for Friday, November 25th.

On the other hand, the constitutional complaint filed by the National Prosecutor was also planned, Patricia Benavidezagainst the president – including the former minister of military-technical cooperation, John Silvaand former housing minister Gainer Alvarado for alleged crimes the criminal organization exerts the influence of peddling and aggravated conspiracy.

Recall that with 11 votes in favor and 10 against, the SAC approved the final report, supported by Avanza País congressman Diego Bazan, who recommended that Castillo Terrones be charged with treason. The process was then in the hands of the Standing Commission so that it could later be discussed and voted upon in plenary session.

Manuel Monteagudoworld judge constitutional Court, defended the decision to declare justified the writ of habeas corpus submitted by the defense of President Pedro Castillo and thus annul the trial against him for treason. In that sense, he pointed out that the vote was unanimous because they had never seen behavior exhibiting this accusation.

“In a procedure at this rate, it becomes irreparable to our system. In fact, thinking not only about the president, but also about the institutional structure of the country, there is a very executive way here when the president can leave. We warned that there is a Motivational problem in confessing and reporting, it is not enough to indicate that there is treason because articles 1.2,3,4 and 5 were violated, what are the facts? Where do we have behavior that does not show that there is a conspiracy, which will lead to this situation? One statement is not enough,” he said in the program Things as they are RPP.

President Pedro Castillo issued a warning against the opposition sector, which, he stressed, does not respect the “people’s will” that placed it in the Government Palace.

“We respect democracy and institutions. But many times we have extended our hands, we carry our white flag, we want to sign peace, and when you turn around, they take out their dagger and therefore you cannot work,” he said.

Previous article
Ecuador refuses to forgive $10,000 debts to peasant communities because it would “endanger state-owned banks”.
Next article
Protests and Clashes at China’s Largest iPhone Factory