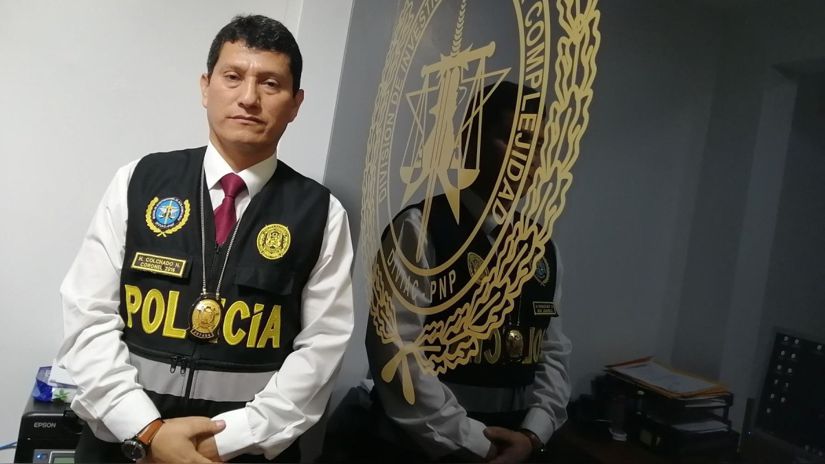 public service initiated a preliminary investigation into the resignation and subsequent reinstatement of PNP Colonel Harvey Colchado as head of the search department of the General Intelligence Directorate (Digemin) Ministry of the Interior.

Prosecutor Einstein Damasen Jauregui welcomed the request of Marita Barreto, coordinator of the Anti-Corruption Prosecutors’ Task Force, to investigate alleged crimes that may have been committed in this case.

The court decided to investigate the head of counterintelligence Digemin, retired PPP colonel Luis Sanchez Lear and the former head of DigeminRetired PPP General Whitman Ríos Adriansen for the alleged crime of abuse of power, and National Police Commander Mario Alfredo Hidalgo Yen for the alleged crime of usurpation of functions, in addition to those found responsible in the case.

Prosecutor Einstein Damasen Jauregui of the San Isidro – Lima First Criminal Corporate Criminal Prosecutor’s Office ruled that this preliminary investigation should be carried out within 60 days, during which he ordered several steps to be taken to clear the case, such as: receiving applications from Colonel PNP Harvey Colchado and those who were investigated on October 12, as well as to request from the Ministry of Internal Affairs a number of documents on this case.

They present a vote of no confidence in Minister Willy Huerta.

Congressmen from various opposition groups submitted a vote of no confidence to Interior Secretary Willy Huerta. It’s due to questionable changes in high command. National Police and interference in the work of the colonel Harvey Colchado.

The parliamentarians who signed the proposal note that the legislature should condemn the interior minister “for his political responsibility” and for “inability and unfitness to take office.”

minister Willy Huerta appeared before plenary session of the Congress September 7, to explain the changes made to the high command of the national police, and stressed on this occasion that President Pedro Castillo never proposed changes to the special group headed by Harvey Colchado.

“The President of the Republic did not propose or request any changes in the composition of the task force, however, I must clarify that based on the study and opinion published by the General Staff of the PPP on July 26, it is recommended that this be DIVIAC. who takes on coordinating tasks in the tasks of assisting the acts of diligence that a special group of the public ministry must carry out,” he told the parliamentarians.

Previous articlePartial mobilization: The Czech Republic will not issue visas to Russians
Next articleCongress will debate a bill today that aims to punish leaking statements from effective employees to the press.