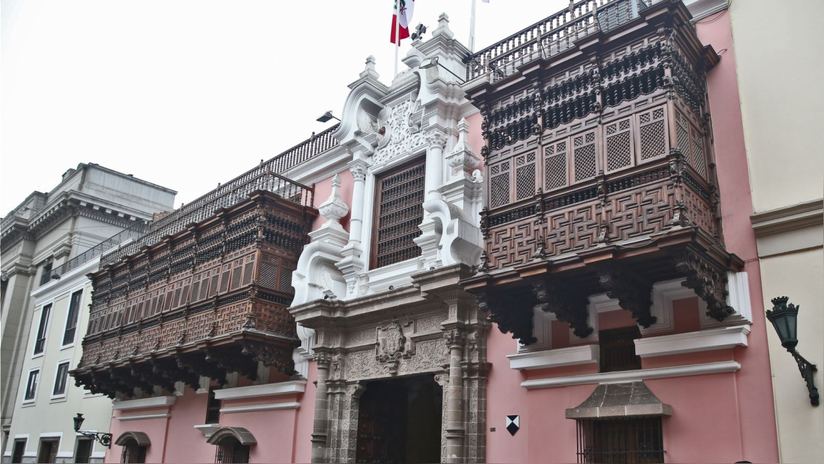 Ministry of Foreign Affairsthrough Vice Chancellor Ignacio Higueras, conveyed to the Ambassador of Chile today the dissatisfaction that was caused in the government by what they called disrespectful the way President Gabriel Borich mentioned President Dina Boluarte in his speech at CELAC.

“(The Vice-Chancellor) told him that the course taken by the constitutional government of President Boluarte was to promote general elections so that the Peruvians decide the fate of Peru unhindered and peacefully. The government will not change the course of democratic institutions,” reads the Foreign Ministry’s Twitter account.

Gabriel Boric appealed to the government Dina Boluarte “change of course” in the face of the “unacceptable” violence that is taking place in the country, referring to the 54 deaths that have been recorded since protests began calling for the president’s resignation.

“We cannot remain indifferent when today, in our sister country Peru, people who go on the march and declare what they think is fair end up being shot by those who should protect them,” Boric said during his speech on Celac summit.

Foreign Minister Ana Maria Gervasi indicated in Celac that the Prosecutor’s Office conducts investigations with full autonomy and accompanies the National Police in action to combat violence and protect the lives of the 33 million Peruvians who are the true victims of this violent situation.

The Foreign Minister confirmed that the Transitional Government of Peru expects our regional community to reject any measures aimed at undermining the stability and democratic institutions in my country, as well as the use of indiscriminate violence and acts of vandalism.

Through the Twitter account of the Ministry of Foreign Affairs, it was mentioned that the behavior of the President of Colombia does not comply with international law.

Last Saturday, President Gustavo Petro questioned the police operation at the National University of the Mayor of San Marcos, where 193 people were arrested, 192 of whom have already been released.

Then the President of Colombia indicated that it was necessary to convene the Permanent Council of the Organization of American States (OAS) to study the situation in our country.

Previous article
Nokia is still a phone giant, no longer with cell phones, but with 5G.
Next article
The F-16 manufacturer made a statement about deliveries to Ukraine