Russian actors opposed the war with the slogan Glory to Ukraine! 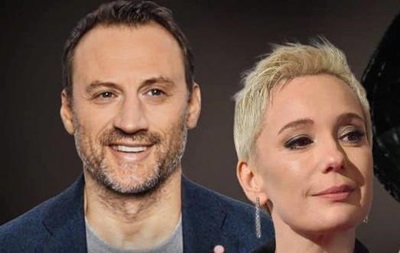 The audience greeted the artists with thunderous applause. And online propagandists called the stars “traitors to the motherland.”

Russian actors Chulpan Khamatova and Anatoly Bely supported Ukraine in a performance in the capital of Latvia, Riga. They shouted the slogan “Glory to Ukraine!” The video appeared online.

The artists left the aggressor country at the start of a full-scale war in Ukraine.

Interestingly, in March, Khamatova moved with her children to Latvia, where she repeatedly spoke out against the Russian authorities and the Russian Federation’s occupation of Ukraine. Even before February 24, the artist supported the occupation of Donbass and Crimea.

Bely finally decided to move from Russia when he learned about the Russian strikes in Vinnitsa on July 14. The actor, who comes from the Vinnitsa region, reacted very painfully to the crimes of the Russian army in Ukraine .

It will be remembered that the Georgian actor and singer Vakhtang Kikabidze donated all proceeds from his anniversary concert to the needs of the Armed Forces of Ukraine.

The American actor was urged not to help Ukraine

Previous article
Ukraine. why increasing the size of the Russian army will not change the course of the war
Next article
War in Ukraine. about 20,000 Ukrainian children return to school in France