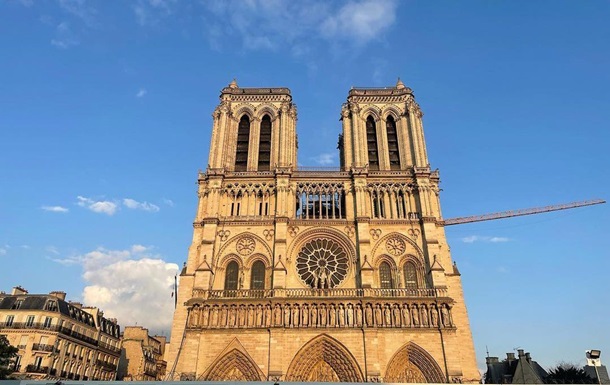 The series premieres October 19 on Netflix. The action of the film depicts the events of April 15, 2019.

American streaming platform Netflix has released a trailer for the drama series Notre Dame, which tells the story of the burning Notre Dame Cathedral in the French capital. The video was posted on YouTube.

According to the plot, the action of the film takes place on the night of April 15, 2019, when Notre Dame burned down.

“It’s about the fate of the men and women who have to put out the fire. As Paris firefighters try to stop the fire from spreading to the cathedral, the show also talks about the characters going through the squeeze – having to they fight each other. each other, love each other, meet each other, hate each other, smile or help each other – so that, in the end, they have a chance to start over,” the description says .

As you know, the fire was extinguished on the morning of April 16. This led to the collapse of the spire and roof, as well as damage to the interior decoration. Afterwards, French President Emmanuel Macron announced the start of a national campaign to raise funds for the restoration of the cathedral.

Also, due to a fire on December 25, 2019, Notre Dame did not serve midnight mass on Christmas Day. This happened for the first time since the French Revolution.

It will be remembered that the first Christmas concert after the Notre Dame fire took place from 25 to 26 December 2020. A limited number of musicians took part in it.

The restoration of Notre Dame began in France