The new anti-war episode of Masyanya was released 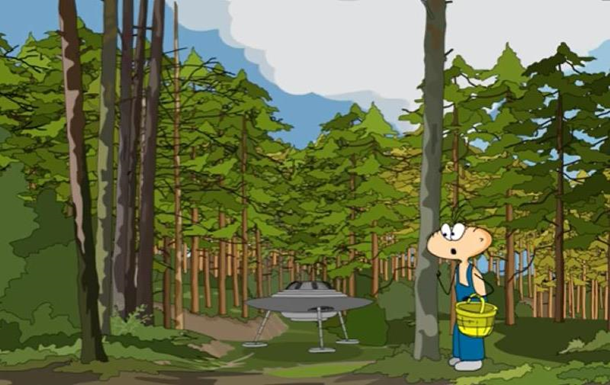 We are talking about the island, which was bought by cartoon characters and settled there “everyone who wants war.”

Russian cartoonist Oleg Kuvaev has published a new anti-war issue of the animated series about Masyan. A video titled I don’t want to live, where the protagonist, together with his partner Hryundel, decides how to expel the Russian invaders from Ukraine, appeared on the YouTube channel of the cinematographer.

Russian President Vladimir Putin is shown as a hologram ordering his soldiers to surrender.

“Soldiers, go home. This is what I’m telling you, Putin. It’s time to run away. Somehow the war will somehow” be “, so I don’t want to. Go home, we’ll say that we’re not to blame. It happened by accident. Go home at a run, stop embarrassing yourself here,” the dictator addressed the Russian invaders.

“In short, they killed each other there. What else to expect from morons? Now everyone lives peacefully,” the main characters said at the end.

Kuvaev noted that today reality is so absurd that “you don’t have to worry about making the plot even somewhat realistic.”

“On the contrary, the more absurd, the closer it is to the truth. And humor will live – it does not care about realism and it is the opposite of aggression. Therefore, the more jokes, the sooner Evil leaves,” commented the cartoonist

Recall that earlier Kuvaev released a video called St. Mariuburg. According to the plot, the war begins in the morning, the main characters wake up from explosions and news that China attacked the Russian Federation, and bombed the largest cities of Russia, such as Moscow, Tver, Novgorod.

War in Ukraine: a cartoon about Masyanya was banned in the Russian Federation