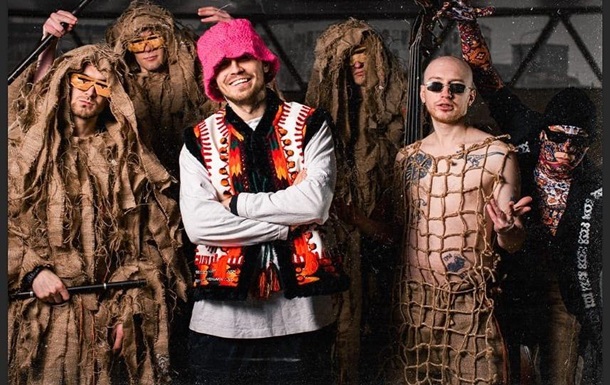 The team has a new backing vocalist, who was a finalist of the national selection at Eurovision-2017.

The Ukrainian rap group that will represent the country at Eurovision 2022, the Kalush Orchestra, will go to the competition in Turin, Italy with a different line-up. Salto Nazad ex-soloist Sasha Tab has become a new member of the band. This was reported by Suspіlne on Instagram.

“Sasha Tab, known as the frontman of the Back Salto group, replaced Kalush Orchestra backing vocalist Johnny Divny, and left with the group for the Israel Calling 2022 concert. Now the singer is in the official lineup of group and will go to Turin to represent Ukraine with him.In 2017, Sasha Tab became a finalist of the national selection for Eurovision with the track Oh mamo as part of the Salto Back group, “the report said.

It was also noted that the group has already traveled to support Ukraine to raise funds for the restoration of cities destroyed by Russian troops.

Recall that the Kalush Orchestra took second place in the final of the national selection for participation in Eurovision-2022. After the scandal with the winner Alina Pash, the organizing committee announced that the rap musicians would be going to Italy.

Previous article
Lithuania wants to ban travel to Kaliningrad
Next article
Because of the war, almost 7,000 animals will be sacrificed in Ukraine