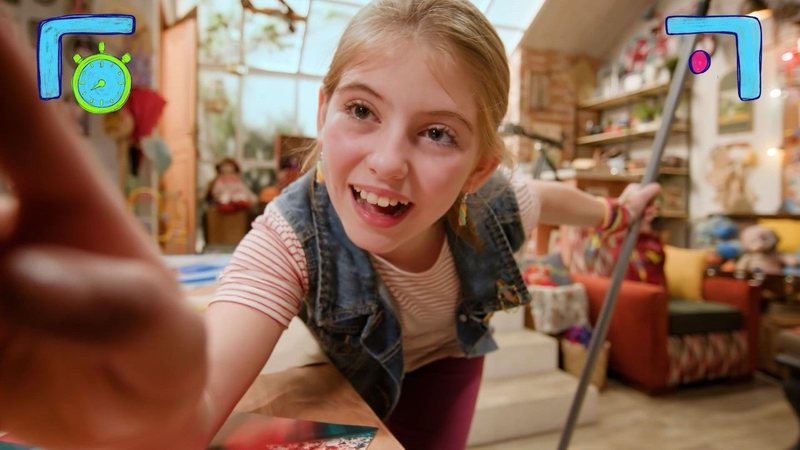 The children’s series is now available through the Discovery+ channel.

Always ready to face new challenges, Lorena Queiroz celebrates one more of his professional achievements: the premiere of the series “7 Chances Para…”, on the Discovery+ channel, in which he is the protagonist and even had the chance to play two different characters.

“After so much waiting, it was amazing to watch the premiere! For the big day, I invited some friends to come over and watch it with me and I really enjoyed it! I’ve marathoned the entire first season, now I’m just waiting for the next episodes. I loved it so much and it’s also been great to receive feedback from the staff as well”, declares the actress, who is currently still on the air in the rerun of the soap opera “Carinha de Anjo”, on SBT.

Targeting children between the ages of four and eight, the first season of “7 Chances For…” has ten episodes of 15 minutes each, being shown exclusively on Discovery+. The next ten episodes of the work will be released soon.

On Air Entertainment’s local production, made exclusively for the channel, the series tells the story of Nina, a character from Lorraine, a ten-year-old girl who always gave up on going ahead with new things she wanted to try. With a strong moment of wisdom, she then decides to follow the golden rule of her great-grandmother Nana Nina – also played by the actress -, who was an intrepid girl and left her exploits recorded in a diary in the possession of her great-granddaughter: to give each new challenge. or interest seven chances before thinking about giving up.

“The main message she’s going to send is about persistence. When you persist, try and don’t give up in the first difficulties, it becomes easier to get what you want. It’s fun and cute, I’m delighted!” Lorraine.