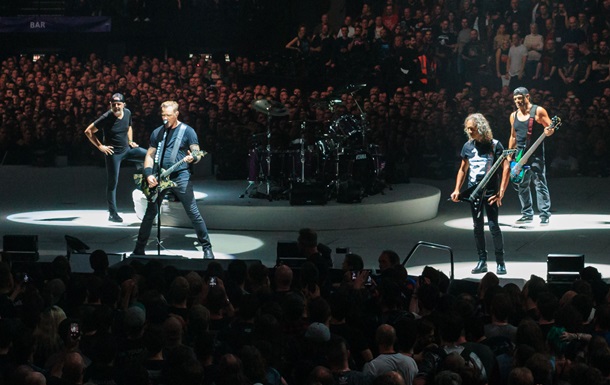 Funds for Ukraine will be collected through exclusive merch, auctions, lotteries and contests.

American metal band Metallica has opened a fundraiser to help Ukraine because of the war unleashed by Russia. The team announced this on Instagram.

“Join our campaign to raise a million dollars by the end of May for WCKitchen’s #ChefsForUkraine initiative. #AWMH and Metallica are already starting the fundraiser with a $ 500,000 grant and over the next two months we will be offering fun ways to contribute “, the message said.

It was noted that funds will be collected through exclusive merch, auctions, lotteries and contests.

The team also offers to donate to the World Central Kitchen Help Fund for Ukrainians and purchase #MonthsOfGiving2022 merch.

“Over the next two months, the Metallica Store will sell exclusive merchandise, and all proceeds will be donated to the Foundation’s initiative,” the statement said.

So far, a T-shirt with a print by artist Andrew Kremenz is already on sale there.

In addition, it was reported that since February 24, the Fund has already distributed more than five million meals to Ukrainian refugees in six countries.

The foundation of the group distributes food to Ukrainian refugees

Recall that Ukrainian artists at concerts in Poland collected more than a million hryvnia to help the victims of the Russian war.

Previous article
Lorena Queiroz celebrates the premiere of her first series ‘7 Chances For…’
Next article
Men’s fashion. When should the suit be washed?