The price of the dollar in Peru this morning, January 25th. 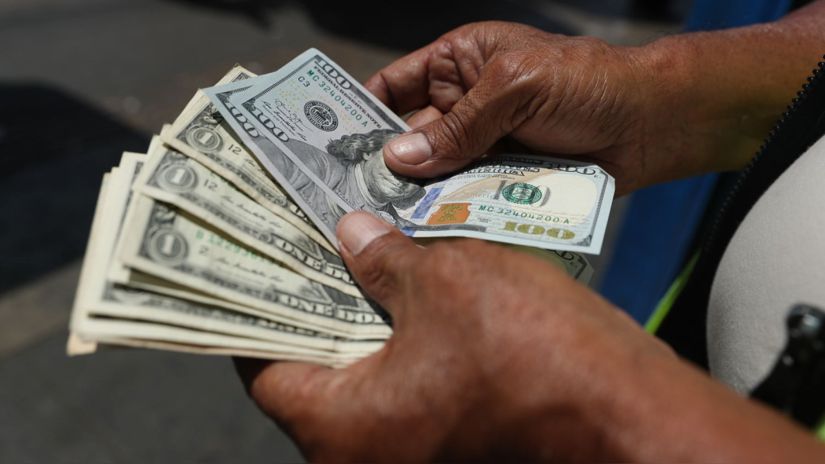 This morning this Wednesday, January 25th, dollar in Peru, the price of S/3.89 was registered at the interbank level.

quote this morning is in line with what was recorded at the close of the exchange session yesterday, when it was reported the second consecutive increase in a week.

exchange rate In the Peruvian market, it rose by more than 0.20%, recording the highest level since the beginning of November 2022.

With this result, BCR indicates that so far in 2023 price in dollars this is 2.29% higher than the exchange rate registered at the end of last year.

Why did the dollar rise?

This rise in the dollar in Peru comes amid uncertainty sparked by protests that have killed more than 50 people and cost S$2,150 million in economic damage.

For its part, Reuters said the dollar edged higher after data emerged showing US economic activity contracted for the seventh month in a row in January, but with signs that the recession is easing.

Dollar price for buying and selling

The latest report from the cuantoestaeldolar.pe platform states that money changers they buy the dollar at S/3.87 and sell it at an average of S/3.90.

We remind you that from 09:00 a.m. price in dollars It will show changes associated with the start of the exchange session, while the price may go up or down even before 13:30, when the session closes.

Previous article
A comic book about the war in Ukraine was presented in Lithuania
Next article
Rock band Panic! At The Disco disbanded after 19 years

Learn basic rules to harmonize different types of food with this drinkThere is a solitary, almost secret pleasure in choosing wines for dinner. And in choosing the order ofdishes to value them – and, at the same time, also be valued… The first question is: is...
Buna Time