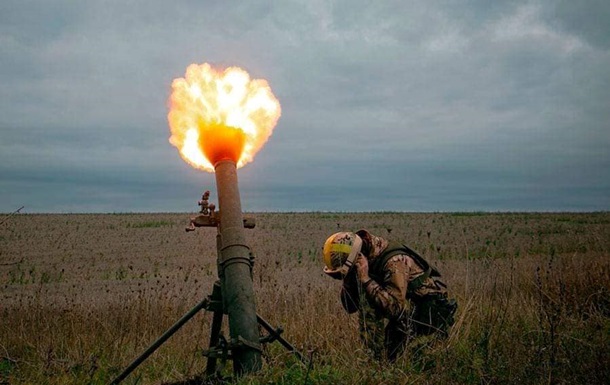 In the past 24 hours, the Ukrainian aviation has delivered 12 strikes on areas of concentration of forces and means of the Russian army.

In the past day, the units of the Defense Forces of Ukraine repelled the attacks of the invaders in the areas of 11 settlements: Stelmakhovka, Dibrova in the Luhansk region and Belogorivka, Yakovlevka, Bakhmutskoye, Bakhmut, Opytnoye, Pervomayskoye , Krasnogorovka, Marilovka, Novomikka. Donetsk region. This was announced on November 25 by the General Staff of the Armed Forces of Ukraine in the morning report.

“At the same time, the enemy launched six missiles and 14 air strikes, carried out 59 attacks from multiple rocket launch systems on the positions of our troops and settlements,” the military stressed.

In Volyn and Polesky In the directions, the situation did not change significantly, no signs of the formation of offensive groups of the enemy were found.

In Seversky direction, the invaders opened fire from an artillery barrel in the settlement area of ​​Volkovka, Sumy region.

In Slobozhansky direction, the enemy opened fire from artillery of various types in the areas of the settlements of Strelka, Krasnoe, Zelenoe, Staritsa, Ogurtsovo, Volchansk and Dvurechnaya of the Kharkov region. Near Zeleny, a strike UAV was used.

In Kupyansky and Limansky direction the enemy is on the defensive. Areas of settlements Berestovo, Kharkiv region, Makeevka, Novoselovskoye, Stelmakhovka, Ploschanka, Lugansk region, and Torskoye, Donetsk region, were hit by fire. In the Novoselovsky area, the invaders used a strike UAV.

In Bakhmut and Avdeevsky The directions of the troops of the Russian Federation focused their main efforts on conducting offensive operations. From tanks and artillery of various sizes, they hit the settlements of Andreevka, Verkhnekamenskoye, Bakhmut, Bakhmutskoye, Avdeevka, Krasnogorovka, Marinka, Nevelskoye and Pervomayskoye of the Donetsk region.

In Novopavlovsk and Zaporozhye direction that the enemy continues to defend. He fired from tanks, mortars, cannons and rocket artillery at positions of the Armed Forces of Ukraine and areas of settlements Vuhledar, Prechistovka, Neskuchnoe, Vremovka, Zelenoe Pole of the Donetsk region; Olgovskoye, Gulyaipolskoye and Charivnoye in Zaporozhye. In the Ugledar region, the Russian invaders launched an airstrike.

In Krivoy Rog and Kherson direction, the enemy does not stop shelling the positions of the Armed Forces of Ukraine and settlements on the right bank of the Dnieper River. He used tanks, mortars, cannons and rocket artillery for shelling the settlements of Antonovka, Zmievka, Berislav, Tokarevka, Nikolskoye, Chernobaevka, Belozerka, Veletenskoye of the Kherson and Kherson regions.

“On November 23, fire damage was confirmed by the units of the defense forces in the places of concentration of manpower and military equipment of the occupiers in the village of Zeleny Yar, Zaporozhye region. The losses of the enemy reached in two trucks, more than 15 wounded and 20 dead soldiers,” the General Staff specified.

Over the past 24 hours, Ukrainian aviation has carried out 12 strikes on areas where the enemy’s personnel, weapons and military equipment are concentrated and on two positions of its anti-aircraft missile systems.

Earlier, the General Staff reported that on the territory of Belarus and in the border regions of the Russian Federation there was no formation of strike groups for an offensive in Ukraine.

The Armed Forces of Ukraine are preparing new offensives – Zelensky