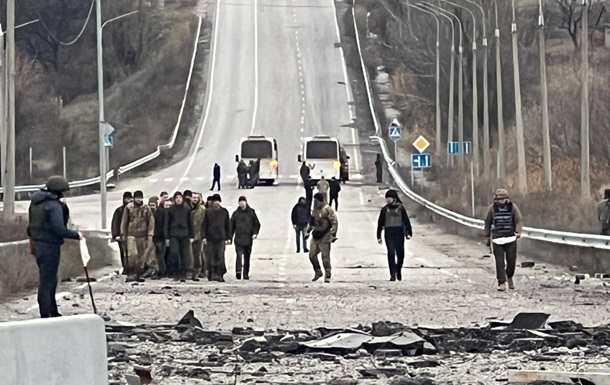 On Thursday, November 24, 50 Ukrainian soldiers returned from captivity in Russia. This was announced by the head of the Office of the President, Andriy Yermak.

He clarified that 20 National Guardsmen, 12 military naval forces, ten fighters of the armed forces of Ukraine, six border guards and two members of the territorial defense have returned home.

Among them were two officers and 48 privates and sergeants.

“Importantly we have returned 19 defenders of Mariupol, 12 of whom were evacuated from Azovstal, as well as 15 prisoners from the Chernobyl nuclear power plant and seven from Zmeiny Island. We continue to work on the release of all our people from captivity,” the head of the Office of the President emphasized.

It should be remembered that as part of the exchange of prisoners on November 23, 36 citizens returned to Ukraine.