A blow to a house in the Kharkiv region: a woman died 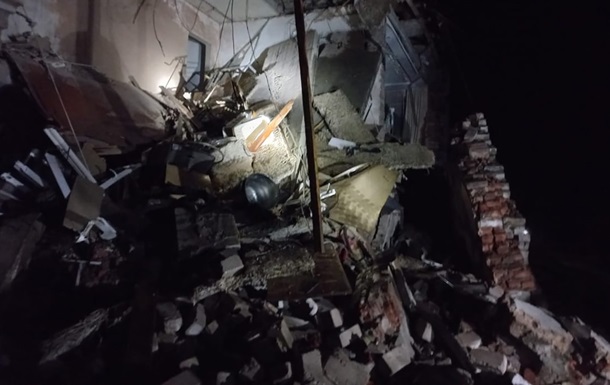 At the site of the “arrival” of the Russian S-300 missile in the village of Shevchenkovo, rubble is being sorted out. Some people were injured.

A 38-year-old woman was killed and at least two people were injured as a result of a Russian missile attack on a residential building in Shevchenkove, Kupyansky district, Kharkiv region. This was announced on November 21 by the head of the regional military administration, Oleg Sinegubov.

He pointed out that last night, an S-300 missile hit a two-story apartment building in Shevchenkove. A nearby residential building was also damaged. Debris is cleaned at the site of the attack.

According to the State Emergency Service, as a result of enemy fire, one person died and one was wounded. The victim is in critical condition.

“An enemy shell hit a two-story apartment building, as a result of which the end wall, the roof and four apartments were partially destroyed. Rescuers found a victim under the rubble stone, he was given to medical workers in a serious condition, and another person died,” said the rescuers.

Earlier it was reported that Russian troops shelled the Nikopol district of the Dnepropetrovsk region six times in one night, a 78-year-old man was wounded.

Previous article
Kate and William 2/4 – From breakup to marriage of the century
Next article
Black Friday 2022 and travel. our tips for taking advantage of good deals