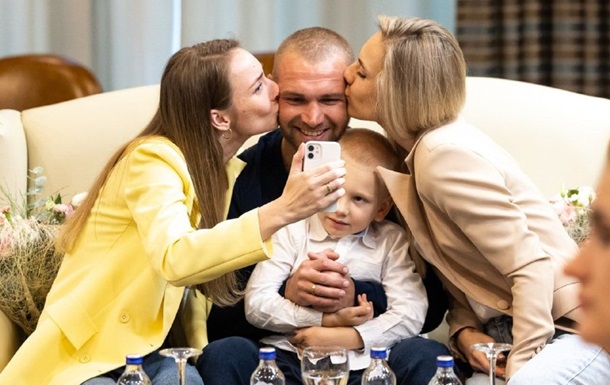 The military and their relatives could not contain their emotions, because for the first time in months they were able to hug each other.

On Monday, October 3, the commanders of Azov. Those who after the captivity in Russia, under the terms of the exchange, were in Turkey, saw their relatives for the first time.

Photo and video of the meeting appeared on Telegram channels.

Recall that on September 21, a large exchange of prisoners took place, during which Ukraine returned 215 people. 10 foreigners were also released. As part of the exchange, the commander of the Azov Regiment, Denis Radis Prokopenko, his deputy, Svyatoslav Kalina Palamar, and the commander of the 36th Marine Brigade, Sergei Volyn, were released.

Verkhovna Rada Commissioner for Human Rights Dmitry Lubinets said that the commanders of the Azov regiment, who were released during the exchange of prisoners of war between Ukraine and the Russian Federation, are in Turkey in good condition .