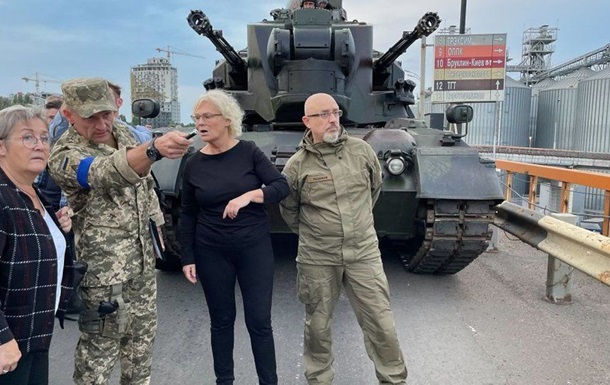 On Saturday, Lambrecht made his first visit to Ukraine since the massive invasion began on February 24.

German Defense Minister Christine Lambrecht called the capture of Liman a major victory for Ukraine, but a turning point in the war has yet to be reached.

“This is a great victory, but it is not a turning point. And that is why it is so important to train Ukrainian soldiers – including for the future. Unfortunately, we have to take into account the fact that the war it will continue for weeks and months,” Lambrecht said in the ARD interview.

On Saturday, Lambrecht made his first visit to Ukraine since the massive invasion began on February 24.

In Odessa, he met with his Ukrainian counterpart Alexei Reznikov and promised that Ukraine would receive the first of several IRIS-T air defense systems promised by Berlin in “the next few days”.

During her stay in Odessa, German Defense Minister Christine Lambrecht had to go down to the shelter twice.