Oil and diamonds. The EU and G7 are preparing sanctions against Russia 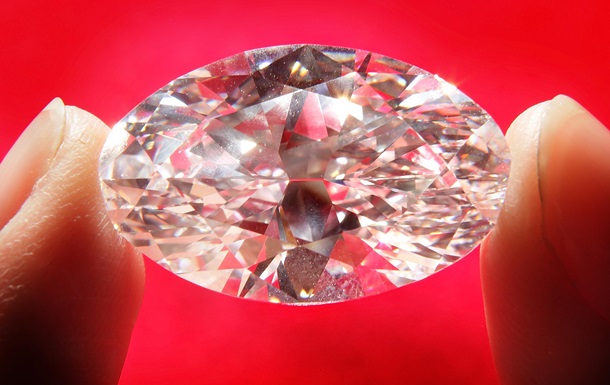 Due to the escalation of the war, Western countries have pledged support to Ukraine, and Russia – additional pressure.

The European Union and the G7 countries have begun discussing new sanctions against Russia over the announcement of mobilizing for war against Ukraine and after Russian leader Vladimir Putin’s statements about plans to include the occupied territories of Ukraine and threats of nuclear weapons. The media wrote that the sanctions could affect oil, diamonds and the IT sector. Correspondent.net telling the details.

EU countries intend “as soon as possible” to impose new sanctions against Russia over the planned pseudo-referendum in the occupied territories of Ukraine, European diplomacy chief Josep Borrell said on Thursday.

“Additional restrictive measures against Russia will be introduced immediately, as soon as possible in coordination with our partners. We will continue to support Ukraine’s efforts by providing military equipment if necessary,” Borrell said next of a meeting of EU foreign ministers on the sidelines of the UN General Assembly.

Sanctions will be personal and sectoral. The list of sanctions, according to Borrell, is planned to include representatives of the Russian leadership, as well as people involved in the preparation of pseudo-referendums. The diplomat did not specify what kind of sanctions he was talking about, noting that they have unanimous support and will affect the most important sectors of the economy.

The head of European diplomacy also noted that Putin’s address, in which he announced the mobilization and threat of nuclear weapons, indicated panic and desperation. “Putin is clearly trying to destroy Ukraine,” Borrell said.

“If you look at the financial sector in Russia, you will see that it is on artificial life support. Russian industry has been destroyed. It is very interesting to look at the military complex … There are no spare parts. So now you see how the Russians “cannibalize” their refrigerators and dishwashers to get semiconductors they can use for the military complex. The Kremlin has put the Russian economy on the path to oblivion,” said Ursula von der Leyen.

On September 23, the foreign ministers of the G7 countries, after a meeting in New York, issued a joint statement in which they condemned the latest steps of Russia’s escalation of the war against Ukraine and promised new sanctions and continued pressure on the Russian Federation.

The G7 reaffirmed their countries’ readiness to continue economic, financial, humanitarian, military and diplomatic support for Ukraine “to the extent and to the extent necessary to provide Ukraine with a path to freedom, peace , reconstruction and economic development.”

What punishments are being prepared

The European Union has already adopted seven packages of sanctions against Russia. In early September, G7 countries began discussing a ceiling on Russian oil prices to limit Moscow’s ability to finance a war against Ukraine. The figure was called 40-60 dollars per barrel.

The US, Japan, Germany, the UK, France, Italy and Canada and the EU are working out the details of the plan in an attempt to win the support of other countries, including India and China, which buy oil from Russia in significant amounts. discount.

According to Politico, citing four EU diplomats, the European Commission has begun preparing new sanctions against Russia. The package includes capping the price of oil, as well as banning the import of diamonds and other luxury items.

The Financial Times newspaper writes that some EU states, including Poland and the Baltic countries, are demanding tougher sanctions against Russia after the announcement of the move from their fellow bloc.

However, it will be difficult to agree on tougher sanctions among all 27 EU countries, so the main goal of the eighth package, which negotiators will focus on, is to set a ceiling for the price of Russian oil, write the FT and Bloomberg.

“The more you offer, the more reasons there are for objections by some countries,” a European diplomat told the FT.

For example, the ban on buying diamonds will hit Belgium. And Hungarian Prime Minister Viktor Orban even said that the sanctions against Russia should be removed, because they have greatly increased the price of energy resources.

The main objective should be to limit the price of Russian oil and close the loopholes to avoid the previously introduced measures, another diplomat told the FT.

“There’s not much product left for new sanctions, because we’ve cut ties with Russia’s economy,” he said.

Bloomberg also wrote that the EU will discuss the price ceiling for Russian oil.

The discussion will last several weeks, there will be many complexities and a positive outcome is not guaranteed, Bloomberg sources said. They confirmed that among the proposed measures are restrictions on the technology sector and on the trade of luxury goods.

Meanwhile, it was learned that the European Commission is considering the possibility of easing the ban on the transportation of coal and related products from Russia. Discussing the process. The EC believes that concessions must be made to “ensure global food and energy security.” Some EU members, including Poland and the Baltic states, oppose it.