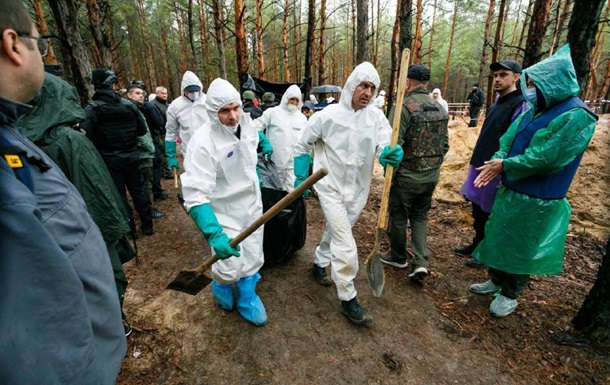 A total of 436 bodies were exhumed. Most of them had signs of violent death, and 30 traces of torture.

On Friday, September 23, in the liberated city of Izyum, Kharkiv region, the exhumation of those killed by the invaders ended in a mass grave – a total of 436 bodies were raised, including children. The head of Kharkiv Regional Military Administration Oleg Sinegubov wrote about this in Telegram.

“Today, the exhumation of the bodies in the mass grave in Izyum is being completed. A total of 436 bodies have been exhumed. Most of them have signs of violent death, and 30 have signs of torture. There are bodies that there was a rope around them. necks, hands tied, broken legs and gunshot wounds. Several men had their genitals cut off. All this was proof of the terrible torture the invaders subjected the inhabitants of Izyum. Most of the bodies were civilians, 21 were military,” Sinegubov wrote.

It can be recalled that earlier, the Deputy Head of the Main Investigation Department of the National Police, Sergei Panteleev, said that at the time of his report, 427 bodies of the dead were raised from the ground. Of these, 202 were women’s bodies, 189 were men’s bodies, and five were children. He added that 11 bodies were so mutilated that the police could not determine their gender – this will be handled by forensic experts.