Blinken called on the world to punish Putin 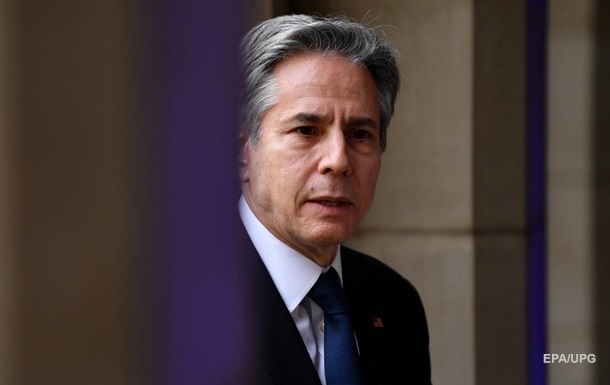 Over the past few months, Russian propagandists and officials have repeatedly threatened Ukraine, Europe and the United States with a nuclear strike.

The Russian Federation is destroying “the most international order for the sake of sustainability” that the UN Security Council is working on. On Thursday, September 22, CNN wrote in relation to US Secretary of State Anthony Blinken.

He stressed that the announced mobilization in the Russian Federation and fake “referendums” in the temporarily occupied territories of Ukraine are an affront to the United Nations.

“The world cannot let President Vladimir Putin get away with it. Putin’s choice this week, when much of the world is gathering at the United Nations, to add fuel to the fire he has lit, shows his utter that is contempt for the Charter. the UN , the UN General Assembly and this Council,” said US Secretary of State Anthony Blinken.

According to him, the collective West should call on Putin to stop the “horror he started”

“Tell him to stop putting his interests above the interests of the rest of the world, including his own people,” the politician said.

At the same time, he recalled that “where the Russian wave retreated, they found the horror left behind – Bucha, Irpen, Izyum.”

Blinken also pointed to the war’s impact on global food security and criticized Russia’s misinformation about the effectiveness of WHO-approved vaccines.

US Secretary of State Anthony Blinken said that in planning a large-scale invasion of Ukraine, Russian President Vladimir Putin wants to succeed in several areas at once, but it is clear that “he has lost every bet he did.”

Previous articleAntigua Panamericana Sur: Learn the routes behind the detour plan due to the work on the new Lurin Bridge.
Next articleCongressmen collect signatures to file an interpellation against Foreign Minister Cesar Landa.