UEFA left the Russians the final of the European football cup 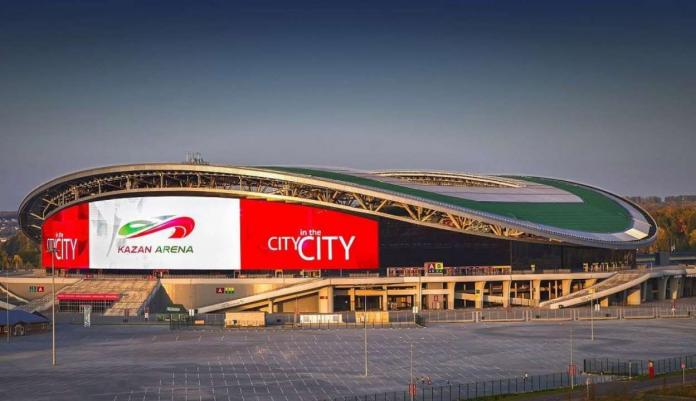 UEFA has deprived the Russians of the finals of the football European Cup. The Union of European Football Associations moved the match for the Super Cup from Kazan to Athens.

It was to be held for the first time in Russia. The decision to hold the match in Kazan was made in March 2020. It was scheduled for August 16, 2023 and was supposed to take place at the Ak Bars Arena stadium, which hosted the 2018 World Cup matches.

The match has now been moved to the Karaiskakis stadium in the city of Piraeus, adjacent to Athens. It will meet the winners of the Europa League and the Champions League.

After the start of Russia’s full-scale invasion of Ukraine, the International Football Federation (FIFA) and UEFA suspended all Russian clubs and teams from participation in the competition. At the end of 2022, the rashists considered the possibility of moving from the European football association to the Asian one, but later the issue was postponed, an agreement was reached to create a UEFA working group on Russia’s return to tournaments.

Previous article
Alberto Otarola says he is satisfied with the ‘timetable set’ in Congress to advance elections
Next article
Chronology of the war in Ukraine, from the Russian invasion to the delivery of Leopard tanks to Kyiv

WASHINGTON (AP) -- What the hell was that thing? The giant white globe that soared over US airspace this week and was shot down by the Air Force across the Atlantic on live television on Saturday set off a diplomatic whirlwind and erupted on social media. China insists the...
Buna Time