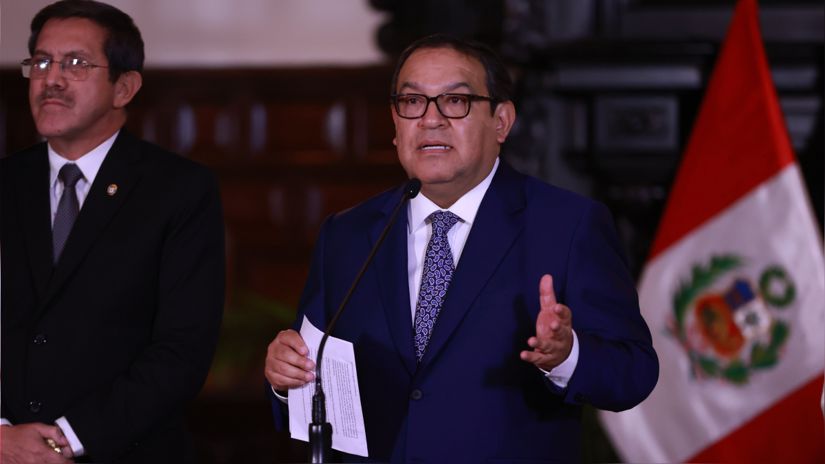 Council of Ministers President Alberto Otarola and members of his cabinet have met since noon this Wednesday with members of the Board of Directors of the Congress to discuss issues such as advancing the general election and delegating authority to the Official.

At the end of the meeting Otarola He said the legislature’s presidency expressed “schedule predisposition” to seek approval to move the election to April 2024 for a second legislature.

“We are leaving satisfied with the established schedule, which, I repeat, now really reflects the high degree of urgency required by the situation in the country,” he told reporters.

Recall, December 20 last year plenary session of the Congress approved by 93 votes in favour, 30 votes against and 1 abstention the executive’s proposal to postpone the general election to April 2024, a decision that had to be confirmed by the second legislature, the start date of which was proposed for the next 15 February. still awaiting plenary approval.

Although this initiative was put forward by the executive branch in response to protests in various regions of the country, when at least 20 deaths were registered in clashes, they did not subside, and demonstrations and blockades continued in the country with heavy losses. life. .

Alberto Otarola He also called on the Congress of the Republic to debate and vote soon on the executive’s request for delegation of authority, expressed in his request for a vote of confidence.

He confirmed that by doing so, he seeks to redirect the country towards unlocking projects, pursuing sectoral policies in favor of the poorest sections of the population and finding a path to national reconciliation.

Finally, the owner PKM indicated that he had applied to congressmen for additional credit to provide an emergency bonus to agents National Policewho have spoken at demonstrations in various parts of the country in recent weeks.

“I think that no sector in the country can ignore the enormous sacrifice and professionalism of both the National Police and the staff of San Marcos,” he said.

“We have seen and continue to see vividly and directly, because there are still very small mobilizations that begin in the afternoon, how our glorious National Police professionally takes care of the internal order. We thank you on behalf of the country, on behalf of the government, and I am sure in the name of the Congress,” he added.

Previous article
Ukraine. tanks for the spring offensive
Next article
UEFA left the Russians the final of the European football cup