Does the month of birth affect height? 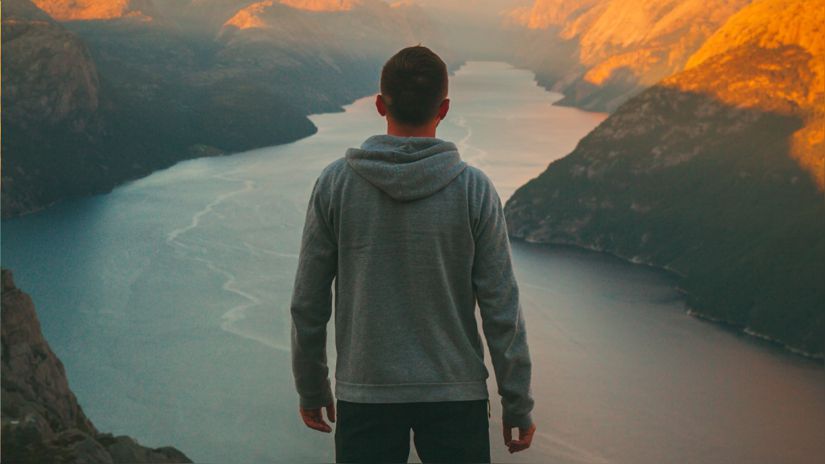 If you ever thought that your height is the result of your experience, you were right. We know that growth reflects changes in a person’s health and well-being. We are taller than we were a hundred years ago thanks to economic progress, higher living standards, and the development of the welfare state.

We also know that this parameter reflects inequality. The difference in centimeters between rich and low-income families reflects inequalities in access to food, healthcare and housing, including academic achievement.

What is less known, however, is that the month and season of birth can affect how children grow and what their adult sizes will be.

A number of seasonal factors

Recent studies show that the influence of our birth month may be more important than we thought: the date of birth is associated with maternal exposure, weather factors, air pollution, food supplies, diet, and physical activity.

Despite the methodological limitations of the present study, it can be seen that date of birth is associated, for example, with a marker of fetal exposure to vitamin D associated with a wide range of health outcomes, as we will see below. .

In recent decades, many studies based on surveys and historical recruitment data have examined the effects of climate on child nutrition, living standards, and growth due to stunting, given that agriculture and food security have been hardest hit by the climate crisis. First of all, this applies to the low-income segments of the population.

However, studies on the effect of seasonality on final height are still scarce. The results were not always consistent and often even contradictory.

Benefits of being born in late summer and autumn

And while the study doesn’t find a clear link between size and climate, it does suggest that the latter has a lot to do with health. Currently, frequent extreme weather events and natural disasters disrupt food systems and cause diseases associated with malnutrition, malaria and heat stress.

A recent study by our research team at the University of Murcia, based on recruits from rural Spain throughout the 20th century, shows that those born in late summer and autumn were slightly taller than those born . during the winter months. September turned out to be the most favorable month in this respect. In addition, the study data is not socially biased as it was collected from a time when military service was compulsory for all men.

For the Spanish population, born before 1970, employed mainly in the agricultural sector, non-industrial and little urbanized, late summer and autumn were the time of the highest agricultural yields, with the economic resources available to provide themselves with animal protein. The slaughter season for pigs, a source of protein-rich food in rural areas, usually fell in the fall.

Thus, evidence suggests that at that time, the rural population had access to fruits, fresh produce, and micronutrients needed for growth. In addition, after the harvest of fruits and grapes in September and early autumn, the income of the family, which is necessary for the purchase of goods, increased.

The findings are consistent with previous studies based on populations from the past, both on German children from a strict military academy in the late 18th century and on people born in low-income counties in western China.

Mothers who gave birth in summer and autumn had access to plenty of food and fresh fruits and vegetables late in pregnancy, the period of greatest fetal growth. All of this suggests that crop yields and yields, and thus food prices and income generation – key for peasant families – influence the nutritional health of children.

The benefits of sun exposure and vitamin D

Another aspect to consider is the amount of sunlight a mother receives before giving birth, which determines her exposure to vitamin D. Vitamin D deficiency during pregnancy or childhood can delay the development of children.

Numerous studies show that this is an important contributor to early postnatal growth. However, many clinical trials are still needed to demonstrate the possible risks of vitamin D deficiency for bone growth and development, as well as the supposed benefits of vitamin D supplementation during pregnancy.

Our group has already pointed out in previous studies the relationship between climate and altitude during the industrialization of Spain. In this new phase of research, we highlight the influence of birth month and climatic, monthly and seasonal cycles on our biological well-being and health.

On the other hand, it is time to overcome the gender limitations of the study (which, by including only recruits, was based on a male population) and include women in the studies. With the inclusion of more diverse populations and from different climates, we will open the door to more complex relationships and inferences about the relationship between climate conditions and human height.

Low-income and developing countries are likely to be hardest hit given their dependence on the climate for resources and food. They are, again, the ones most affected by the effects of climate change and its health effects.

This article was originally published on The Conversation. Read the original.

We recommend METADATA, RPP’s technology podcast. News, analytics, reviews, recommendations and everything you need to know about the world of technology.

Previous article
Detectives in the center of the Milky Way: We found the missing young stars
Next article
Invalid elections in Lince and Puente Piedra: what are the scenarios and their impact on citizens?