World Cup. the explanation for the long minutes of added time 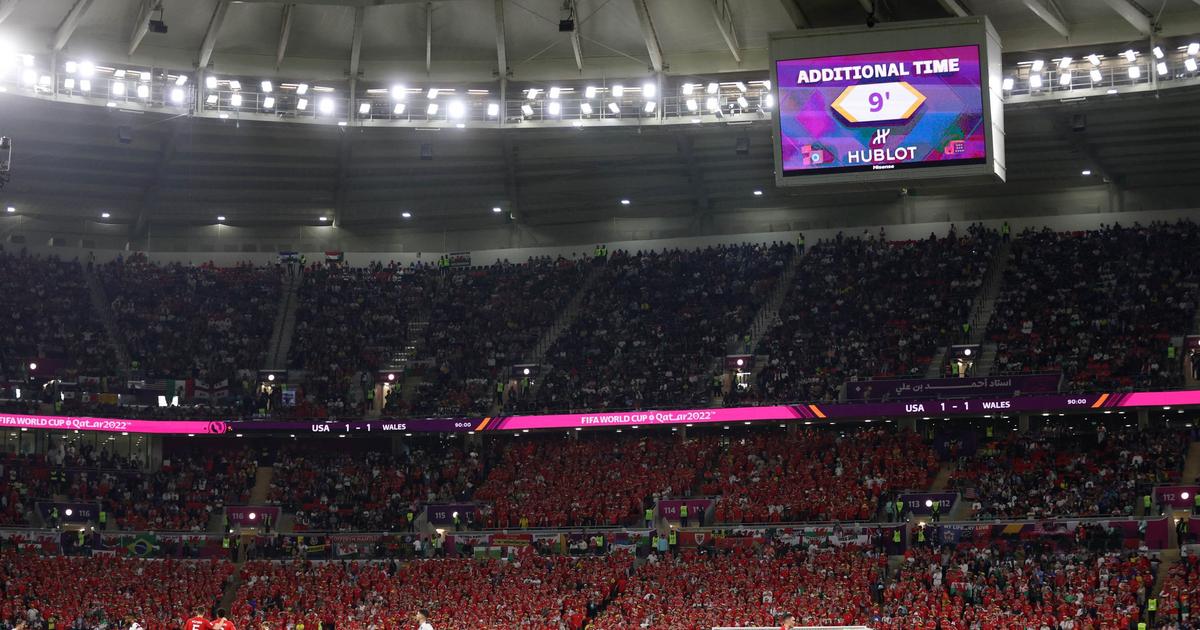 +28 minutes between England and Iran, +14 minutes between Senegal and the Netherlands or even +16 minutes between the United States and Wales. The three matches on Day 2 of the World Cup saw almost 58 extra minutes for a total of 65 minutes, including the opening match. Additionally, Mehdi Taremi’s 113th-minute penalty kick between England and Iran outside of extra time is the last goal scored in World Cup history. A situation explained by Pierluigi Collina, a legendary former referee and now the president of the FIFA Referee Committee.

“We want to avoid matches with 42, 43, 44 minutes of effective time. So substitution times, penalties, celebrations, medicals or of course VAR must be compensated.“, he explained.

“Celebrations can sometimes last 90 seconds. This time must be compensated“Added the former Italian referee, meaning.respect for the audience and the audience“. For a long time referees allowed thirty extra seconds for each substitution and one minute for each injury.

The playing time itself has often been singled out. However, according to some, perhaps it is not at this World Cup that everything should change. This, in particular, refers to Marc Wilmots, coach of the Belgian national team in 2012-2016.

“I saw the United States dive against Wales. We could not find their team. Cramps, injury problems and players who are already worn out amaze mehe said at the microphone RTBF: .

“The schedule has been tightened, so playing seven matches in 28 days without talking about extra time, which could be 140 minutes if it continues, is unacceptable.“, he added. The direction of arbitration for this World Cup was confirmed on Tuesday in the first match of the day: 14 minutes of extra time was granted in the match between Argentina and Saudi Arabia.