The judiciary requires the executive branch to remove the bars from the Plaza de Armas. 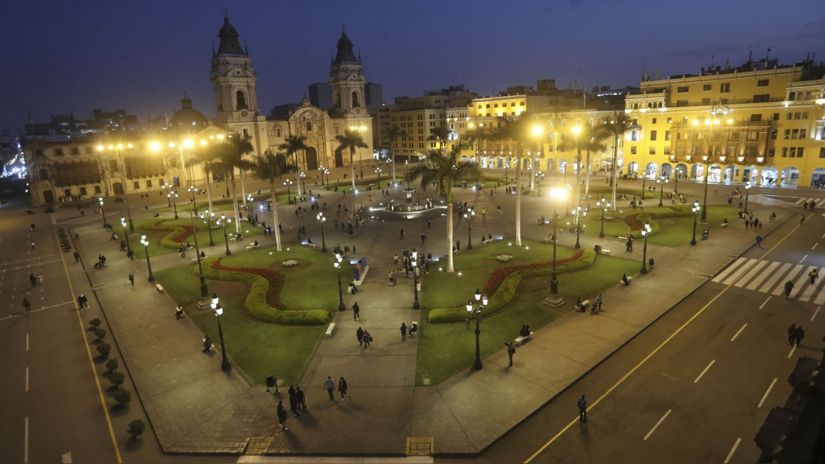 Power of attorney declared justified the application for habeas corpus filed by citizen Carlos Fernández Vélez in favor of employees and consumers of commercial establishments surrounding the Plaza de Armas affected by the closure of the bars.

Lima Supreme Court upholds appeal against president Peter’s castlechief of staff, Hannibal Torresand the head of the Lima police station for allegedly violating the right to free movement of workers and consumers near the Plaza Mayor.

Consequently, the authorities are ordered to “remove (the bars) preventing workers and consumers from accessing commercial establishments surrounding the Plaza Mayor in the historic center of Lima.”

“The accused (party) is urged to refrain from committing acts similar to the present in the future,” Judge Milagros Graieda said in the ruling.

It is worth noting that the municipality of Lima presented Amparo action against the executive branch on September 14, after the government decided to close the bars in the Plaza de Armas in the Peruvian capital.

September 14 last year Municipality of Lima filed a lawsuit by amparos against the executive branch for the permanent installation of bars and parantes in the vicinity of the Plaza de Armas, which prevent free access for Peruvian citizens and tourists, ”the statement said.

In addition, they stated that the closure of the streets of the Historic Center was arbitrary organized by the Government and that “it interferes with the free access of residents to their homes and employees of institutions and businesses located in the Historic Center.” damaging the economic development of this important area of ​​the city.”

Previous article
Weinsanto and Botter fashion shows, personal messages
Next article
Iranian UAVs are attacking cities. How dangerous they are