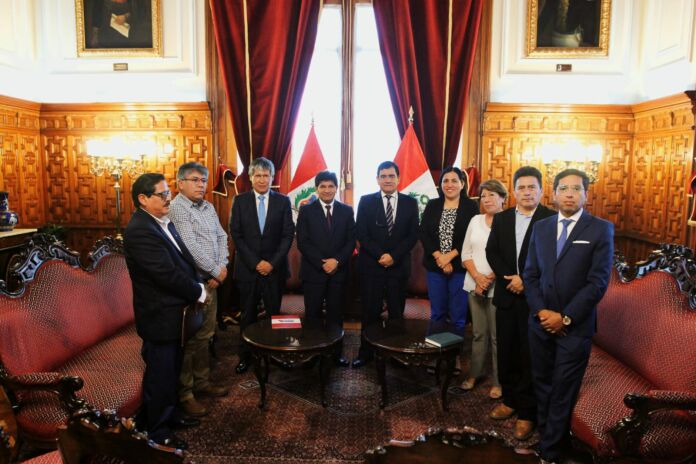 National Assembly of Regional Government (ANGR) this Wednesday submitted a proposal to Congress President José Williams to hold a general election in mid-2023. The initiative was led by the current head of the institution, Rogel Sanchez.

Sánchez told the press that the President of Parliament had promised to talk to the constitutional commission to evaluate a “timing adjustment” so that the elections take place this year instead of 2024.

“Board of Directors anger we met with him National Electoral Jury and ONPE see if there is a possibility of an election in 2023. What is the population asking for? let the executive and the legislature go. We, as elected authorities and in the process of democratic transition, also need to see a part of the rule of law, for this reason, our meeting with the electoral authorities and today we were told that this year it is possible to hold an electoral process,” said the president of the institution.

Rogel Sanchez assured that the electoral authorities told them that it is possible to organize the electoral process this year, but with certain conditions.

“The maximum time limit is 270 days if the primary is suspended, the budget is approved in the first legislature, and the government makes a proposal in the first week of March,” he said.

Congress is currently in the process of approving the postponement of the April 2024 elections for the second legislature for the period 2022-2023. This initiative was presented by the government of Dina Boluarte itself.

The second legislature begins on 15 February.

The Congressional Constitutional Commission approved by 15 votes in favor and 8 against a draft legislative resolution that proposes a second legislature to begin on February 15 and end on June 15, 2023. This is done in order to expedite the vote in the second instance, which ratifies the project to advance the general election.

An initiative originally submitted by the Legislative Board of Directors must be brought before the plenary session of Congress and approved by at least 87 votes before it can take effect. It should be remembered that this project was promoted by the President of Parliament José Williams himself.

The approval of the draft in a parliamentary working group chaired by Fujimori congressman Hernando Guerra did not take into account the proposals of legislators such as Sucel Paredes or Digna Calle, who indicated that it would be wiser to accelerate the initiative and put forward legislative bodies on February 1.