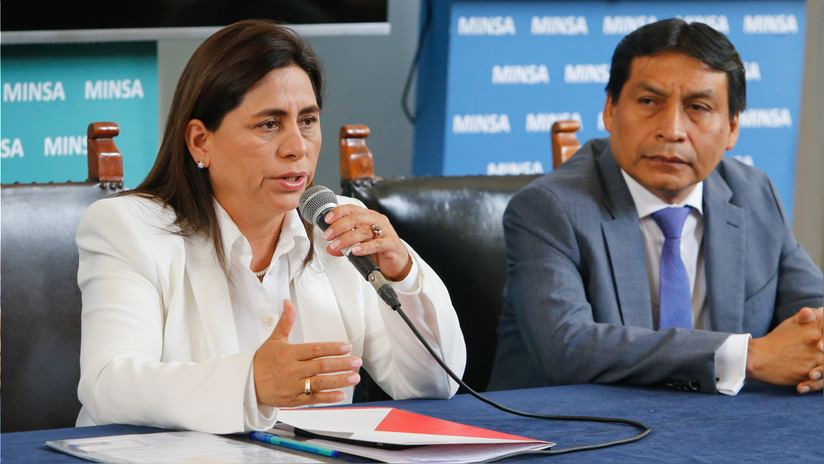 “Fifteen thousand medical workers are ready to travel to different regions of the country and provide their services, especially at the first level of care, but this is at risk due to demonstrations. The damage done to health is irreparable,” said Health Minister Rosa Gutiérrez Palomino. Rural and Suburban Health Service (serum) which suffered from the blockade of roads.

The head of the Ministry of Health (Minsa) pointed out that the protests continue to prevent the transfer of medicines, medical supplies and human resources inland, and therefore do not allow strengthening the healthcare system. “Let’s not forget that 50 years ago the healthcare sector was abandoned, the first level was not reinforced with either equipment or personnel, and this was an opportunity to transfer 15,000 specialists and take care of the population,” he said in News extension from PTR.

At the same time, he stressed that the industry continues to work within the framework of Sanitary red alert, the purpose of which is to ensure the operation of medical institutions 24 hours a day, seven days a week. “We have directed that operating rooms, emergency rooms, hospital admissions, as well as medicines and medical equipment, be available. Health has no borders and no political color,” he said.

Rosa Gutierrez added that 1,516 ambulances have been deployed throughout the country to help people injured during the demonstrations. However, “19 of them were damaged by the protesters to such an extent that they disabled not only the vehicle, but also the equipment inside the units. One and only ambulance, which we lack, is damaging the industry,” the minister said.

Another of the medical supplies that suffered during the transfer to the regions is medical oxygen. To this, the head of Minsa said that there is a reserve for 10 or 15 days, but, according to her, “unhindered routes are needed to supply healthcare facilities. The risk group includes patients with covid admitted to the intensive care unit, as well as other patients with various pathologies.”

Regarding vaccines, he stated that every effort had been made to have more than 1,200,000 covid-19 bivalent vaccines and 3,400 vaccination teams; however, they put themselves at risk to reach each region. “If vaccines don’t arrive on time, they thaw and they get wasted; That is why I ask you as the Minister of Health, as a doctor and as a mother, please let the ambulances, medicines and supplies through,” he urged.

Finally, faced with ongoing roadblocks, the health minister revealed that Minsa had decided to airlift medical supplies and human resources, despite the high cost of doing so. To this end, an agreement was also signed with the Social Security for Health (EsSalud) on coordinated work on the provision of services.