Dina Boluarte appears this Wednesday in front of the OAS 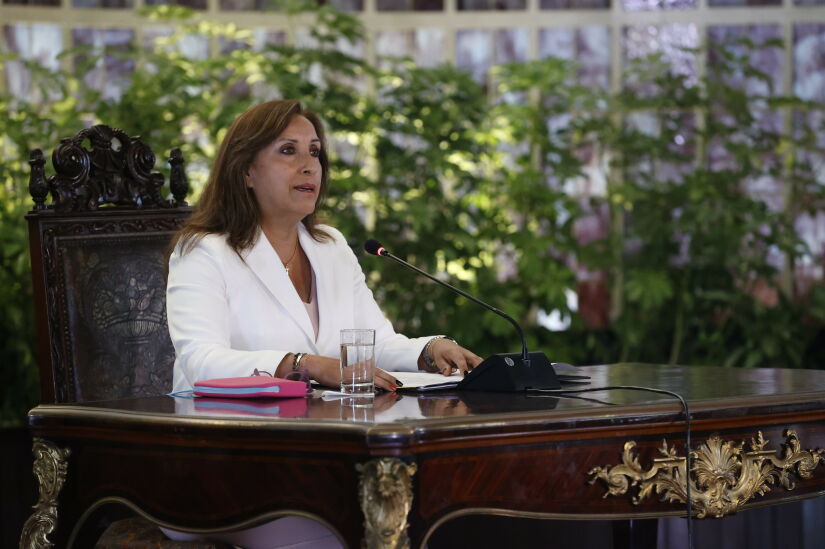 President of the Republic Dina Boluartewill be presented practically this Wednesday before the Organization of American States (OAS), as reported by the said international body.

permanent councilthe organization’s executive arm will hold a “minutes meeting” this Wednesday at 2:30 p.m. at OAS headquarters in Washington to host the president, “who will attend virtually,” the statement said.

According to the agenda, the floor will also be taken by the Secretary General of the OAS, Luis Almagro.

Boluarte’s intervention comes days after a rapporteur for the Inter-American Commission on Human Rights (IACHR) confirmed after a monitoring visit to the country this month that Peru has been the scene of “violence” during the protests.

“There was violence, both complaints of violence by security forces that are under investigation, complaints we received from family members, and violence that affected a number of public and private assets,” the speaker said. Steward Ralon.

Yesterday at a press conference with foreign media, Dina Boluarte He confirmed that he would appear before the OAS, where he claimed he was invited to tell the “truth” about what happened in Peru due to the protests taking place in various regions.

“Tomorrow (today) I will appear before the OAS to tell the truth. Government A Peruvian and less so, Dina Boluarte has something to hide, I have always told the truth, looking straight ahead at my brothers and sisters. In these protests, 50 people died, it hurts me as a woman, mother and daughter, it hurts. Tomorrow (today) in front of the OAS, we will speak the truth,” he said.

The President indicated that Government sent an invitation to the Inter-American Commission on Human Rights (IACHR) and hosted a delegation from the United Nations High Commissioner for Human Rights so they could learn about developments in recent weeks. “We all want to know the truth,” he said.