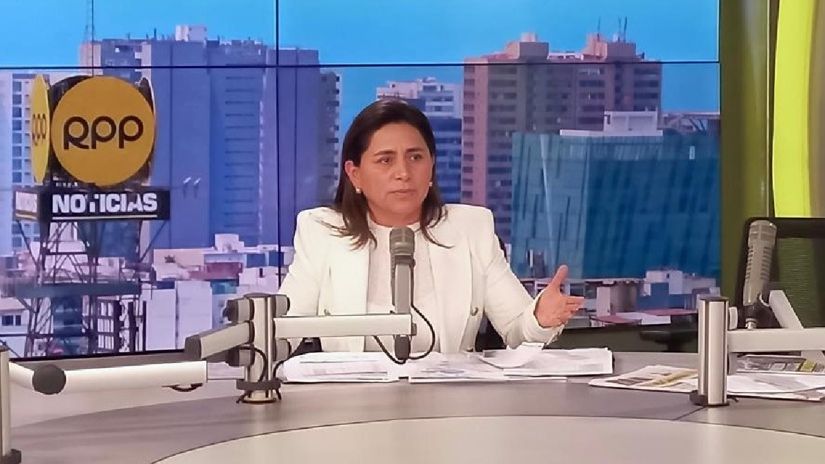 Health Minister Rosa Gutierrez called for peace and asked the protesters not to interfere with the work of medical personnel. This is due to the blocking of roads in various regions of the country in as part of the protests against the government of President Dina Boluarte.

“The damage done in this sector is irreparable. Because of this blockage of the arteries and corridors of our roads, the health (of patients) suffers, and not only that, but also the fact that this group of people who Ask to talk, and when you arrive at the place, there is no one to talk to. The sad thing is that 19 ambulances have been damaged in our sector while they are not working,” he said in an interview. RPP.

He also expressed concern about Mother of God because roadblocks generate deficit essentials, as well as medical supplies for patient care.

“In addition to food, we have transported a ton of medicines, because we have 84 hospitalized patients on the cutoff on Sunday. They receive a special diet, and we don’t even have stocks to prepare them and dispense medicines,” said the head of Minsa.

Gutiérrez said the cost of sending emergency supplies by air is very high and that is why he is working together. health to support doctors working in Madre de Dios. However, he expressed regret that personnel in his sector are being attacked by protesters.

“I call on all of Peru to suppress attitudes and talk about these issues and not harm families. I ask you, as a minister, mother of the family, to let ambulances, medicines and supplies through,” she stressed.

The governor of the Madre de Dios region, Luis Otsuka Salazar, warned that the necessary materials for drinking water purification could not be delivered from Lima due to the blockade of roads by protesters.

In this sense, Ramón Extremadoiro, manager of Tambopata Municipal Drinking Water Company in said region, told RPP Noticias that although the Ministry of Housing had guaranteed him an airlift to deliver supplies, there was a risk of a repeat of the situation. yourself in the coming days.

“We are very concerned that almost the entire inter-oceanic (highway) has been closed. (MVCS) is going to facilitate the transportation of 12 tons, which will help us calm the moment for about 20-22 days, diverting attention. services from 22:00 to 03:00,” he stressed.

Demonstrators demanding the resignation of President Dina Boluarte and the national police once again staged violent clashes in the streets of central Lima. For the sixth day in a row, the capital has been living with constant demonstrations against the government.

The violence began around 4:30 pm when a group of protesters tried to get to the Congress through a patch of Lamp. The police used tear gas to clear the road, but this caused people to start attacking with rocks and bottles. The RPP was able to verify damage to the public decoration.

I am Emma White and I currently work for Buna Times. My specialty is the politics section of the website, where I aim to provide readers with informative and engaging content on current events. In addition to my professional experience in journalism, I hold a Bachelor’s degree in English Literature from Princeton University.

Previous article
Surco: farm fire affected at least seven houses [VIDEO]
Next article
Zelensky agreed on a law on strengthening the responsibility of the military

Russian dictator Vladimir Putin, after the start of a full-scale invasion of Ukraine, promised the Israeli authorities that he would not kill Ukrainian President Vladimir Zelensky Former Israeli Prime Minister Naftali Bennett flew to Moscow on March 5, where...

Details of Russia’s strike on Kharkov have emerged