Myths and Truths about the Milky Way 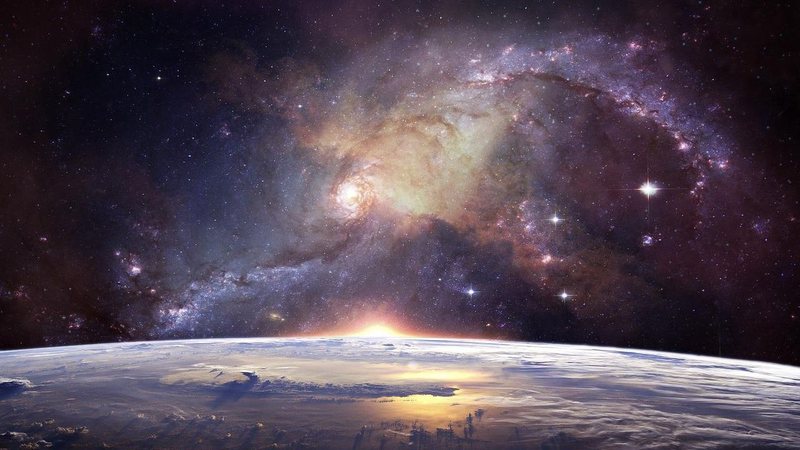 Will our galaxy collide with another? Are there aliens somewhere unknown to her? Unravel these and other mysteries!

The solar system, where we live, lies within the Milky Way, one of the billions of known galaxies in the Universe. Discover the truth behind some of the mysteries that surround it!

1. MYSTERY: The Milky Way was named by the Greeks.

TRUTH! Ancient people were very curious when they looked at the sky and saw a whitish and bright path (our galaxy). For the Greeks, the image was the milk that flowed while the goddess Hera nursed the baby Hercules. That’s why they called the white circle phenomenon like milk.

The term was translated by the Romans as milky way (Milky Way). But other peoples created different stories. In Finnish, the name of our galaxy is Linnunrata (path of birds): legend has it that the world emerged from the hatching of an egg — the path in the sky would, in fact, be what birds did until the Earth.

2. MYSTERY: Our galaxy is made up of several other smaller galaxies.

MYTH! The Milky Way is made up of 200 billion to 400 billion stars, cosmic dust and clouds of gas. What exist are some smaller galaxies (satellite galaxies), which orbit a larger galaxy because of the gravitational interaction between them. This is the case of the Magellanic Clouds, two dwarf galaxies that orbit the Milky Way, but are not part of it.

3. MYSTERY: A black hole is at the center of the Milky Way.

TRUTH! Research indicates that there are black holes (regions of space where a large amount of matter is concentrated) in almost all galaxies. Scientists believe they arise where a massive star dies. When this star explodes, most of the matter is dispersed, but the core is left, a small area with a lot of concentrated matter and great gravitational force – this area would be the black hole.

4. MYSTERY: There are Sun-like stars elsewhere in the Milky Way.

TRUTH! Our galaxy has stars of different sizes and evolutionary stages. The Sun is a yellow dwarf star, formed, among other elements, by 74% hydrogen and 24% helium, with a temperature of 6 thousand degrees Celsius. About 10% of the stars in the Milky Way are yellow dwarfs, similar in temperature and size to the Sun. But there are also much larger stars, such as the red hypergiant WOH G64, about 2,000 times larger than our star.

5. MYSTERY: It could be that there are other habitable planets in our galaxy.

TRUTH! Each star in the Milky Way is believed to be orbited by 1.6 planets — that is to say, there are more than 400 billion planets in it. Most of them have a small, rocky structure, similar to Earth’s. To be habitable, planets need to be a certain distance from the star they orbit — neither too close nor too far. So, although there are no certainties, the estimate is that there are about 60 billion habitable planets in our galaxy!

6. MYSTERY: The Milky Way will collide with the Andromeda Galaxy.

MYTH! Andromeda is 2.5 million light-years away from the Milky Way and the two are approaching each other at about 230 kilometers per hour. The researchers are not sure what movement Andromeda will make, but they believe that in addition to approaching the Milky Way, it is moving sideways. So, in 4 billion years, when the galaxies are close together, they are most likely to pass next to each other without shock.

7. MYSTERY: The Milky Way is the largest galaxy in the Universe.

MYTH! It is not certain how many different types of galaxies there are, but astronomical instruments have already detected at least 100 billion of them in the observable part of the Universe (area that we can study).

The Milky Way is 100,000 light-years across and about 99% of other known galaxies are smaller and dimmer than ours. However, there are some larger ones, such as Andromeda, which is between 180,000 and 220,000 light years in diameter, and IC 1101, the largest ever found, with a diameter of 6 million light years!