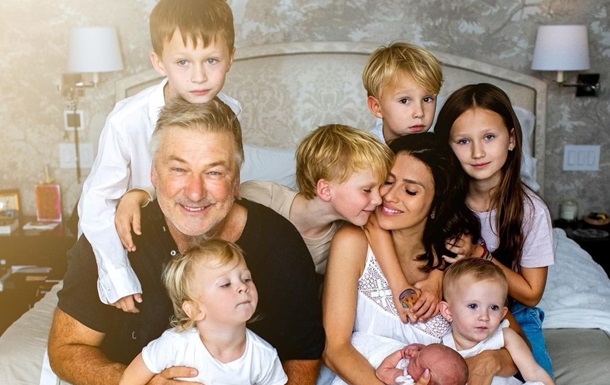 The Hollywood actor and his 38-year-old wife have seven children. The youngest daughter Ilaria is two months old.

The wife of Hollywood actor Alec Baldwin, Hilaria, who is currently the mother of seven children, admitted that they are planning an eighth child. The Daily Mail reported this.

According to him, he really hopes that he and his wife will be able to stop them.

At the same time, Hilaria added that she could not be 100% sure, because Alec did not have a vasectomy (one of the sterilization procedures for men).

“Alec still has to go and do his part. If not, something might happen,” summed up Baldwin’s wife.

It was previously reported that Hilaria Baldwin showed off her appearance after giving birth to her seventh child.