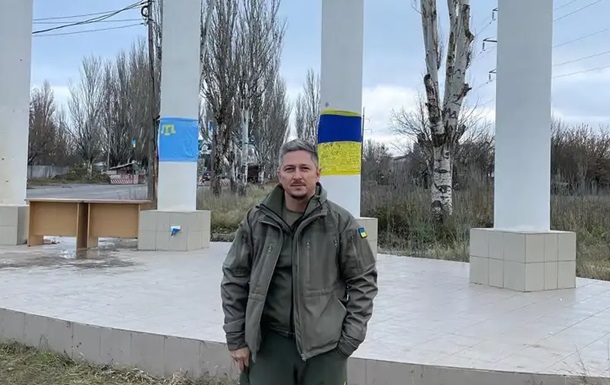 The showman brought ten cars with humanitarian aid to the liberated city and talked to the military and civilians.

Ukrainian TV presenter Oleksandr Pedan visited Kherson, freed from the Russian invaders, and told how civilians live there. He announced this on his Instagram page.

In particular, he noted that the children were most impressed. They are afraid to look into the eyes – “it indicates that they are very scared,” but after a while they come closer and thank you for coming to them.

“If we talk about the territory itself, then the small villages near Kherson were actually destroyed by 80-90%. Kherson itself did not suffer much. But now there is no electricity, water in the city and in fact the everyone lives on humanitarian aid. , which is very necessary. I want to note that both volunteers and the authorities are working hard now. For example, the Khmelnytskyi region is twinned with Kherson, the region is taken care of in direction of the president,” he said.

The showman also added that after he supported the Ukrainian military and local residents, he visited familiar soldiers of the 86th brigade Trooper where they heard a scary story.

“For example, in a small village near Kherson, sappers cleared 200 anti-tank mines, 75 anti-personnel mines and 25 stretch marks in one week. And this is a small village. Therefore, be careful in old people and children in the de-occupied territory, because the enemy left a lot of evil to himself. But Kherson is Ukraine. This is the most important thing. Let’s move on. Glory to Ukraine! Glory to the Armed Forces of Ukraine! “, summed up Oleksandr Pedan.

Earlier it was reported that Kolya Serga wrote a new poem, which he dedicated to Kherson freed from the Russian invaders.

Pedan tells how Ukrainians live in the liberated Kharkiv region