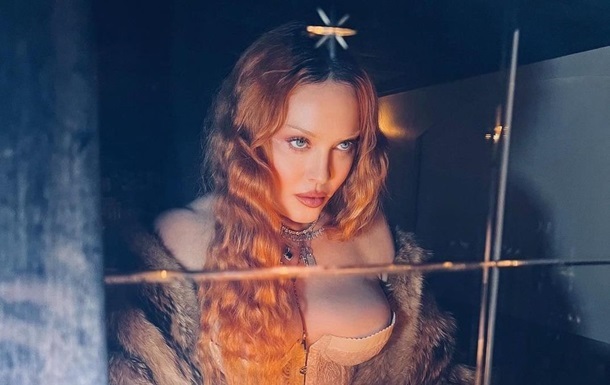 In the six-minute video, the performer appears in several images at once, including Jesus Christ and the Virgin Mary.

World famous American singer Madonna released her musical film The Enlightenment. It was published on the star’s YouTube channel.

It turns out that the video was made of a photo shoot published in the February 2023 issue of Vanity Fair magazine. The authors are Italian and Swiss fashion photographers Luigi Murena and Jango Henzi.

In the frames you can see the Madonna in the image of the Virgin Mary with a big heart on her chest, where the swords are stuck. You will also see the “Last Supper” scene where the Madonna reincarnates as Jesus. Then the performer appeared in front of the camera with horns on his head and more.

It was previously reported that Madonna announced The Celebration Tour, dedicated to the 40th anniversary of her creative career.

Madonna and her family created a broken glass mural