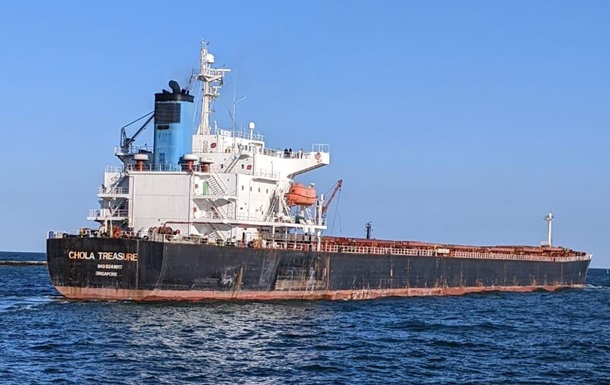 The next five ships headed to ports in Asia, Africa and Europe, the Ministry of Infrastructure said.

Five more ships with food left Odessa ports as part of a grain deal. They transport 122.3 thousand tons of agricultural products for the countries of Africa, Asia and Europe, the Ministry of Infrastructure reported on Monday, October 17.

It is indicated that since the beginning of the implementation of the grain deal, 350 ships from the ports of Big Odessa left 7.8 million tons of agricultural products for the countries of Asia, Europe and Africa.

It was learned yesterday that Ukraine and Turkey spoke in favor of continuing the grain deal after November 22 this year.

In this regard, Russian President Vladimir Putin threatened to terminate the grain agreement if it was determined that the sea corridor was used “for terrorist attacks.”