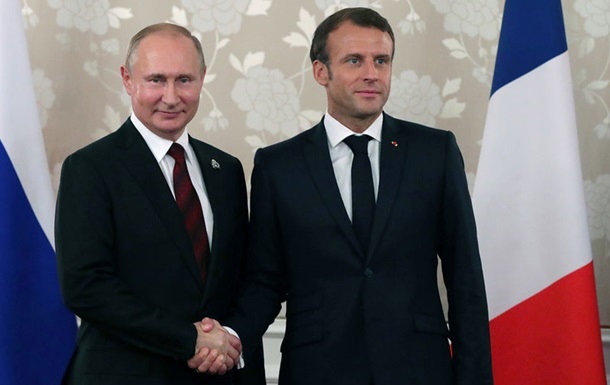 The French leader announced his plans for the settlement of the military conflict, which was released by the Russian Federation.

French President Emmanuel Macron plans to talk with Kremlin head Vladimir Putin on the ZNPP issue. The French leader announced this on Saturday, December 3, in an interview with TF1 during his trip to the United States.

“I will talk to President Putin again after I have the Director General of the IAEA,” he said.

According to him, he shares a common position with US President Joe Biden on Russia’s war against Ukraine.

“We are on the same line (with Biden – ed.): help the Ukrainians, resist the dismantling of their civilian infrastructure, force Russia to return to the negotiating table, ensure that civilian nuclear energy does not increase, and finally think about a new security architecture, including guarantees for Russia,” said the French leader.

Macron emphasized that the issue of negotiations “must be decided by the Ukrainian people.”

“Do you think that when we had to survive the captivity of Alsace and Lorraine (by Germany, – ed.), we would want the world leader to tell us to do this or that? .. Ukrainian citizens should decide for themselves under what conditions, how, if not us,” he said.

According to him, the world should help Ukraine militarily. In particular, Paris will also provide Kyiv with “additional weapons”, but not one that would allow “an attack on the Russian Federation on its territory.”

Recall, the Russian edition of Meduza claims that the Kremlin regime is allegedly considering the option of withdrawing Russian troops from the captured Zaporozhye nuclear power plant in exchange for guarantees of uninterrupted oil transit and gas through Ukraine.