The arrested superyacht Medvedchuk will be auctioned in favor of Ukraine 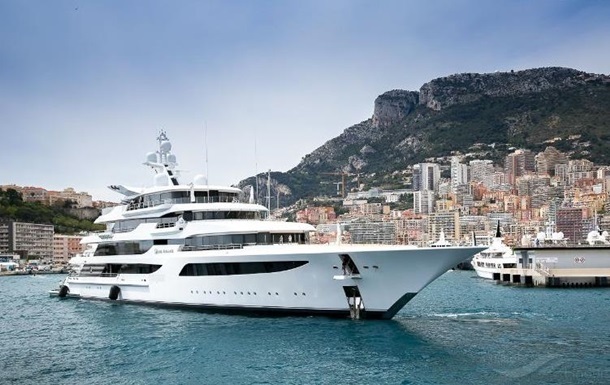 The Croatian court decided to transfer the arrested watercraft of the oligarch to the Agency for Tracing and Management of Assets of Ukraine.

Superyacht Royal Romance, owned by Ukrainian oligarch Viktor Medvedchuk, will be auctioned on behalf of the Ukrainian people. On Friday, December 2, the report of the British edition of The Guardian, citing a statement of the Ukrainian government.

A Croatian court ruled that Medvedchuk’s yacht should be handed over to the Ukrainian Agency for Tracing and Asset Management, the newspaper noted.

The media also added that the sale of Medvedchuk’s yacht would be the first such sale on behalf of Ukrainian citizens since Western governments placed restrictions on the assets of hundreds of oligarchs following Russia’s invasion of Ukraine in February 2022.

The Agency for Tracing and Management of Assets of Ukraine (ARMA), in turn, reported that its representatives, as part of a business trip to Croatia on November 13-22, inspected an arrested yacht belonging to to “members of a person’s family. deputy and one of the leaders of a political force banned in Ukraine “.

ARMA monitored the specified asset within the framework of criminal proceedings and later, after the seizure, “received elites to preserve the economic value by selling it at auction.”

The agency’s specialists were able to conduct a visual inspection of the asset and photograph it in the city of Trogir.

The 92-meter Royal Romance yacht handed over to the Ukrainian side is among the largest yachts in the world.

The estimated cost, according to information from open sources, is about 8 billion Hryvnias (at the time of publication). At the same time, The Guardian reported that the superyacht is worth US$200 million.

The ship is 29 meters tall, consists of 6 floors and is equipped with 2 elevators. Among other things, the yacht has 4 decks, a cinema, a gym, a swimming pool, a spa area and a beauty parlor, as well as about 50 rooms for various purposes.

Recall that the luxury yacht Royal Romance, owned by Viktor Medvedchuk, was detained in the port of the Croatian city of Rijeka within EU sanctions.

Also, this superyacht was searched by order of the district court in Split.

Previous article
Five years after his death, Johnny Hallyday remains a very profitable business
Next article
Since the beginning of the war, the Russian World Cup has lost 15% of its fighting strength – media