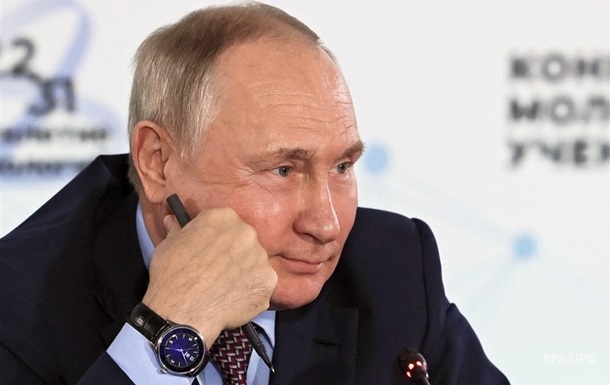 The President of aggressor Russia Vladimir Putin spoke on the phone with German Chancellor Olaf Scholz, in which he called the massive missile strike on Ukraine “forced”. This was reported by the Kremlin press service on Friday, December 2.

It is said that the conversation took place on the initiative of the German side.

“The Armed Forces of Russia have long refrained from targeted missile attacks against certain targets on the territory of Ukraine, but now such measures have become a forced and unavoidable response to provocative attacks of Kiev against Russian civilian infrastructure, including the Crimean bridge and energy facilities,” said the head of the Russian regime. .

Putin also called the “destructive line of Western states, including Germany,” training the Ukrainian military and “bombing” Ukraine with weapons.

The head of the Kremlin lamented that all this, as well as full political and financial support for Ukraine, leads to the fact that “Kyiv completely rejects the idea of ​​any negotiations.”

Putin did not forget to mention the “radical Ukrainian nationalists” who are “incentivized to commit more and more bloody crimes against civilians.”

As a result, the Russian President called on Germany to “reconsider its strategies in the context of Ukrainian events.”

Previous article
Russia wants to exchange ZNPP for uninterrupted transit of naphtha and gas through Ukraine – Meduza sources
Next article
The weather on Monday, December 5. temperatures remain cold after the winter weekend