Russia did not hit Kyiv on November 23 – Russian Defense Ministry 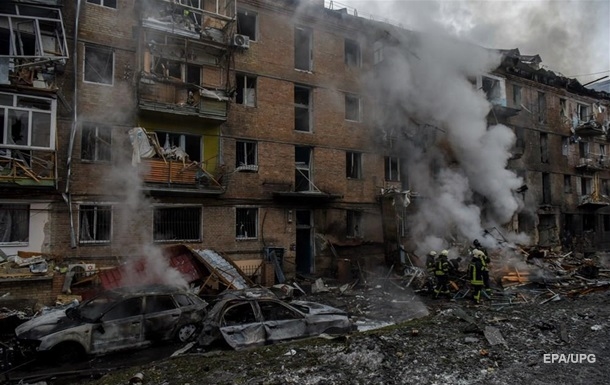 It is said that the troops of the aggressor country Russia did not launch a missile attack on November 23. This version was stated by the official representative of the Ministry of Defense of the Russian Federation, Lieutenant-General Igor Konashenkov, in a briefing on Thursday, November 24.

“I want to emphasize that not a single strike was made on targets inside the city of Kyiv. All the destruction that the Kyiv regime announced in the city was the result of the fall of missiles by foreign and Ukrainian air defense systems that were -deployed in residential areas of the Ukrainian capital,” he said.

Konashenkov ensures that Russia has hit the Ukrainian military command and control system and related energy facilities. This allegedly made it possible to cut off the transfer of reserves of the Armed Forces of Ukraine and foreign weapons.

Recall that on November 23, Russian aggressors launched about 70 X-101 and X-55 missiles on the territory of Ukraine. 51 missiles and five kamikaze drones were shot down.

Residential buildings and energy infrastructure facilities were hit in Kyiv and many regions. It caused power outages across Ukraine, as well as in Moldova. At least 10 people died and around 50 were injured.

Previous article
A sudden change: Alessandro Michele leaves Gucci
Next article
Kyiv, the capital, was plunged into cold and darkness due to Russian bombs. The story of the special correspondent of Le Figaro.