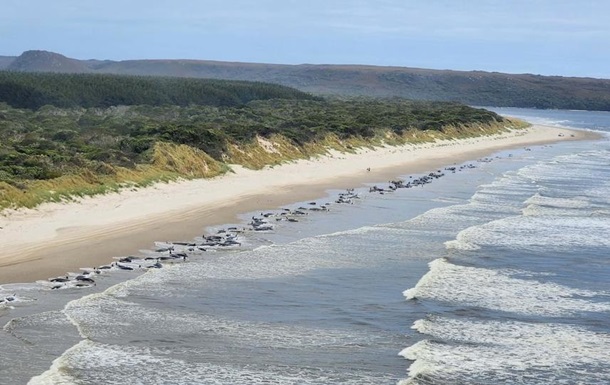 Local authorities urged members of the public to stay away from the location of the incident.

The mass stranding of about 230 whales occurred in Macquarie Harbor in Strahan on the west coast of Tasmania in Australia, according to ABC News.

This happened two years after a similar event in the area. Conservationists are on the scene assessing the situation.

The Tasmanian Department of Natural Resources and Environment said in a statement that the whales, which turned out to be pilot whales, had washed ashore at Ocean Beach, near the entrance to the harbor known as Hell’s Gate.

“It appears that about half of the animals are alive. The most important thing, unless you have been invited by the parks or one of the aid organizations, is to stay away. The presence of additional people can really interfere with their rescue efforts,” the leadership of the region mentioned.

Experts believe that the lead whale lost its way in the waterway, the sense of adventure led the group astray, or the animal leading the herd became frightened and took evasive action.

Recall that on King Island in Bass Strait there was a separate run, which killed 14 whales.

Rescuers rescued the missing beluga whale from the Seine River