The Russian missile hit a residential building in Toretsk, there was one victim 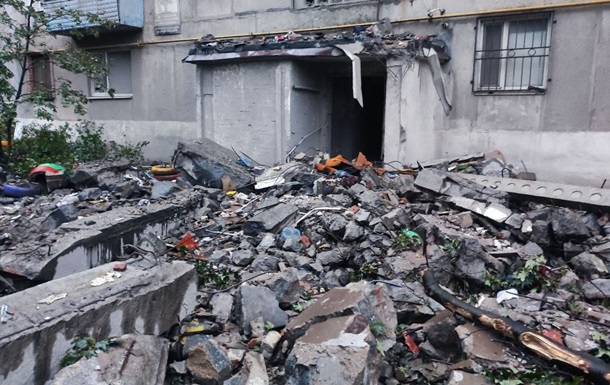 From a missile strike on one of the entrances, floor slabs from the ninth to seventh floors collapsed.

In the evening, on September 22, the military of the Russian Federation launched a missile attack on a residential building in Toretsk, Donetsk region. One person was injured due to the incident. This was announced by the head of Donetsk OVA, Pavel Kirilenko.

According to him, slabs from the ninth to seventh floors collapsed from a missile strike on one of the entrances.

“Significant human casualties were avoided due to the fact that most residents were evacuated: out of 53 apartments, 10 remained occupied,” Kirilenko said.

It was reported that 19 people were rescued from the 9-story building, including two children.

The conquerors also hit Slavyansk. The city was fired upon by S-300 missiles.

According to the mayor of the city, Vadim Lyakh, the arrivals were recorded in the area of ​​the meat processing plant. Private houses were destroyed. No one was killed.

According to Kirilenko, on the day of September 22, the Russians killed seven civilians in the Donetsk region: three in Bakhmut, two in Toretsk, one in Vremenny Yar and one in Kleshchievka. Another 17 people were injured.

It will be remembered that the body of the deceased was found under the rubble of a house in Kurakhovo. 12 people were injured.

On the day of September 21, five people died in the Donetsk region, 12 were injured.