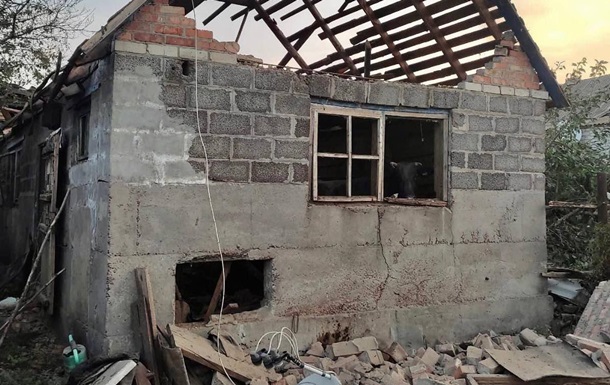 Seven blows fell in the Nikopol district and three – in Krivorozhsky. Housing and power lines were damaged.

Last night, Russian troops struck seven times in the Nikopol district and three times in Krivoy Rog in the Dnipropetrovsk region. This was announced on the morning of Saturday, August 27, by the head of Dnipropetrovsk OVA, Valentin Reznichenko.

It was learned that in the Nikopol district, three communities were burned. Lossless.

Seven shells from the heavy artillery flew over Nikopol itself. About a dozen private houses, training centers and power lines were damaged in the city. Almost five thousand families were left without electricity. Emergency teams continue to work.

The enemy sent more than 20 shells from Gradov and heavy artillery to the communities of Marganets and Krasnogrigoryevsk. There is damage to the house.

In the Krivoy Rog region, the Russians opened fire from Hurricanes and cannon artillery. We ended up in a dacha area and an energy company in the Zelenodolsk community. There is damage. There were no casualties.

Recall that last night, the Russian Federation attacked the Dnepropetrovsk region nine times. As a result of the Russian attack, private houses, a school, a sanatorium and two businesses were damaged.

Previous article
Ukraine: at least five people died as a result of Russian shelling in the Zaporozhye region
Next article
War in Ukraine. eight scenarios for the continuation of the conflict