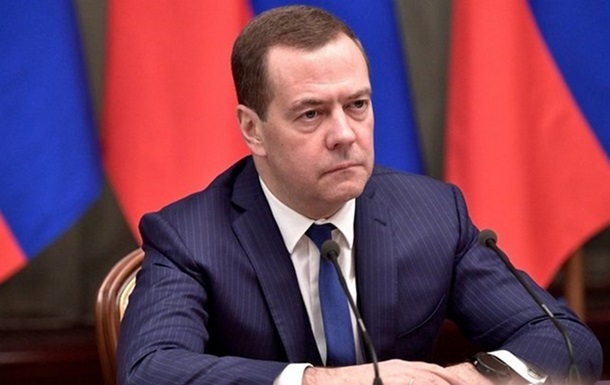 More than 10 hours later, propagandists, citing Medvedev’s aide, said that his account had been hacked, but Medvedev did not publish any denial or report of a hack.

Dmitry Medvedev, deputy head of the Security Council of the Russian Federation, said that Georgia should be fully occupied, because it “has never been.” Medvedev wrote this on the Vkontakte network, and Ksenia Sobchak hid a screenshot of the post, although the message was very quickly deleted.

After more than 10 hours, propagandists, citing Medvedev’s assistant, said that his account was allegedly hacked, but Medvedev did not publish any denials or messages about hacking in social networks.

Medvedev, in a subsequently deleted publication, argued that Kyiv and the whole of Ukraine should be freed “from the gangs of nationalists who preach Ukrainianism invented by them, Russia will be united again”, and after that Moscow “led by the Slavic people” will go “to the next campaign for the restoration of the borders of our Motherland, which, as you know, does not end anywhere.

It is about the fact that before 1801 “a country like Georgia did not exist”, and it allegedly appeared only within the borders of the Russian Empire, therefore “North and South Ossetia, Abkhazia and the remaining territories of Georgia can only unite. as part of a single state with Russia.”

Kazakhstan is also mentioned, which is called an “artificial state”, and “Russian genocide” in this country.

“It is not our intention to turn a blind eye to this. Until the Russians get there, there is no order,” the publication said.

Earlier, the adviser to the head of the Office of the President of Ukraine Mikhail Podolyak called the deputy head of the Security Council of the Russian Federation Dmitry Medvedev “the face of Russian imperialism” in response to his words about the fate of Ukraine .