Strike on Makeevka: the media found more dead than the Ministry of Defense of the Russian Federation called them 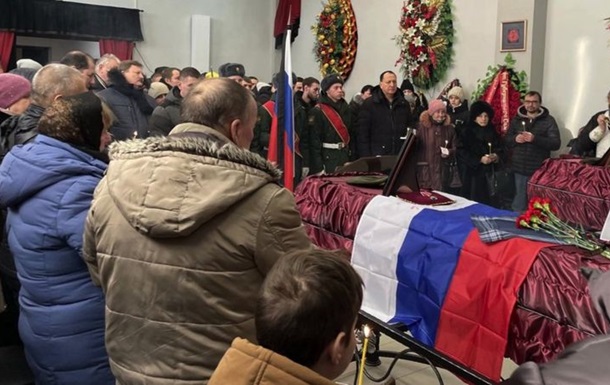 Journalists have established the names of 92 Russian soldiers who died in the shelling of a vocational school in occupied Makeevka, the Ministry of Defense announced 89.

Journalists from the BBC Russian Service identified the names of 92 Russian soldiers killed in a shooting at a vocational school in the occupied region of Makiivka, Donetsk, and the Russian Ministry of Defense reported that 89 had died. The families of at least 16 other soldiers, dead or alive, could not find them.

The strike on the vocational school building in Makeevka took place on the night of January 1. On January 4, the Russian Ministry of Defense confirmed the death of 89 people, while the Ukrainian side spoke of hundreds of deaths.

A petition demanding the publication of a list of the dead has already garnered nearly 55,000 signatures in Russia.

The BBC publishes a list of Russian soldiers who died in Makiivka, whose names were determined based on open sources. It is reported that the list may not be complete and will be added to.

According to relatives, most of those who died during the shelling of Makiivka received summonses at the end of September – almost immediately after the announcement of “partial mobilization.” They were trained for about two months in the military units of the Samara region.

They arrived in Makiivka on December 26, and on the night of January 1, fired on the building where the military was stationed.
The first funerals of those killed in Makiivka were held on January 7 and 8. While experts were identifying the bodies, coffins with embalmed people continued to be transported to the Samara region. Funerals are held almost daily in the region.

The youngest of the dead identified by journalists was 22 years old, the oldest – 48 years old.

Recall that on New Year’s Eve, the construction of a vocational school in the occupied Makeevka, where the Russian military was in large numbers, was attacked, the building was almost completely destroyed. Near the vocational school there is a cache of ammunition and equipment of the invaders. The Ministry of Defense of the Russian Federation acknowledged the deaths of 89 soldiers. At the same time, the Strategic Communications Department of the Armed Forces of Ukraine reported that about 400 invaders were killed in Makeevka on New Year’s Eve, and about 300 more were wounded.