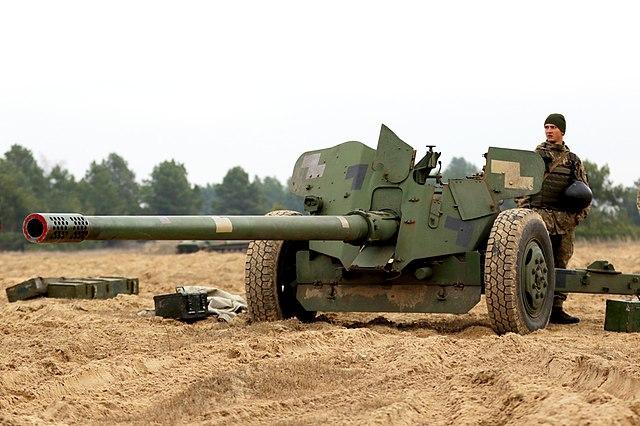 A division of Russian infidels was destroyed by Ukrainian artillerymen.

The anti-tank crew of the soldiers of the 28th separate mechanized brigade (OMBR), using the time-tested MT-12 “Rapier”, inflicted a crushing fire defeat on the accumulation of Russian infantry from an ambush and destroyed the enemy’s combat vehicle. This was reported on January 25 on the Facebook page of the Ground Forces of the Armed Forces of Ukraine.

A powerful night strike against the enemy, the military signed the video.

According to information from open sources, the 100-mm MT-12 Rapira anti-tank gun was put into service in 1972. The combat weight of the gun is 3 thousand 100 kg. Its aiming rate of fire is six rounds per minute, and the highest is 12 rounds. The range of a direct shot is 2,200 m, and the maximum firing range of a high-explosive fragmentation projectile is 8,200 m. The calculation of the gun is six fighters.

Recall that a special unit of Ukrainian intelligence officers conducted a night raid in the area of ​​the occupied Nova Kakhovka on the night of January 24. The military established the exact location of the Russian command post and destroyed it with grenade launchers.