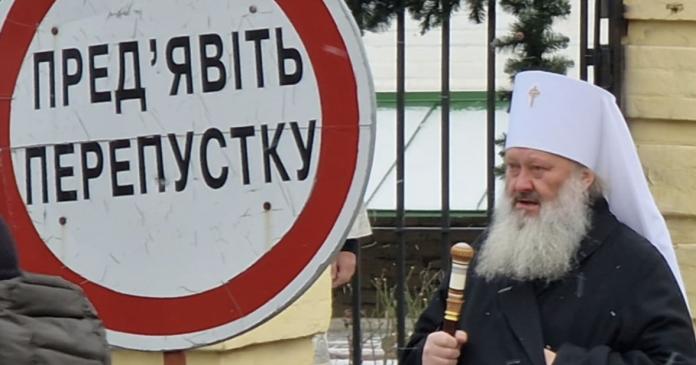 Sanctions against representatives of the Russian Orthodox Church were introduced by President of Ukraine Volodymyr Zelensky.

The head of state put into effect the decision of the National Security and Defense Council of Ukraine on the imposition of sanctions against 10 people. Under the sanctions were the ex-people’s deputy and businessman Vadim Novinsky and the governor of the Holy Dormition Kiev-Pechersk Lavra of the UOC of the Moscow Patriarchate, Metropolitan Pavel. This was reported on the official website of the president.

The above persons will be blocked assets and stop trading with them. The sanctions also provide for the termination of the transit of resources, flights and transportation through the territory of Ukraine, the prevention of the withdrawal of capital from Ukraine, the suspension of economic and financial obligations, and the annulment or suspension of licenses and other permits.

These Russians and Ukrainians are prohibited from participating in the privatization and leasing of state property, making transactions in securities, transferring technology, rights to objects of intellectual property rights.

In addition, the sanctions provide for a ban on the acquisition of ownership of land, the annulment of official visits, meetings or negotiations on the conclusion of contracts, etc. All these persons will also be deprived of Ukrainian state awards of Ukraine.

Zelensky entrusted control over the implementation of this decision to the Secretary of the National Security and Defense Council Oleksiy Danilov. The Decree enters into force on the day of its publication.