Death at SJM: Man was shot dead by alleged hitman 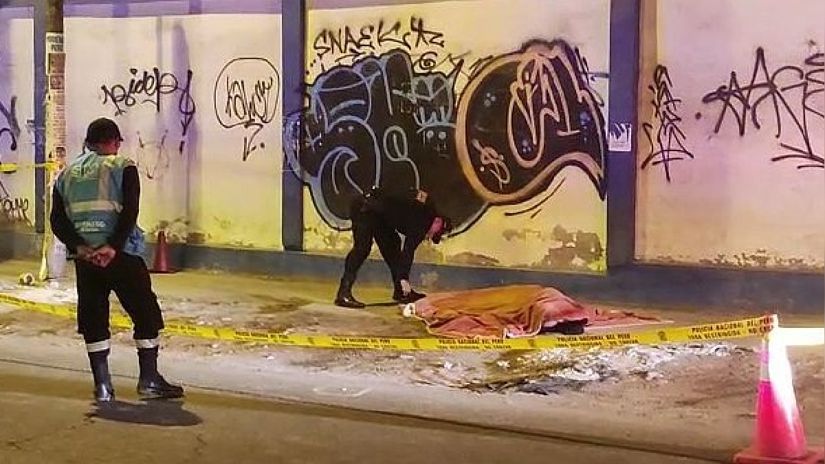 Lima bled again. A man in his 60s was shot dead by an alleged killerat the height of the Gilda Ballivian Higher Institute, in the third block of Ramón Vargas Machuca Avenue, in the San Juan de Miraflores neighborhood (SZHM).

Witnesses consulted RPP News They pointed out that the victim, seeing her executioner, tried to run away, but received three shots in the head and chest. His death was instant.

Committed a crime, alleged killer he got into a motorcycle waiting for him on Jesus Morales Street, after which he fled in an unknown direction.

In addition, according to neighbors, a few minutes after the crime, people appeared in cars to photograph the victim, after which they quickly left.

Agents National Police They arrived at the scene and cordoned off the crime scene to facilitate the work of forensics.

Investigators found shell casings, as well as a debit card that must have belonged to the victim, still unidentified.

Authorities are investigating the crime with alleged payback as the victim had his own belongings.

Neighbors appealed to the city authorities. SZHMbecause, they said, this is not the first murder recorded on Ramón Vargas Machuca Avenue.

Previous article
Is a silent supersonic aircraft possible? NASA X-59 in the kitchen
Next article
The Webb telescope detects elements of life in the coldest molecular clouds