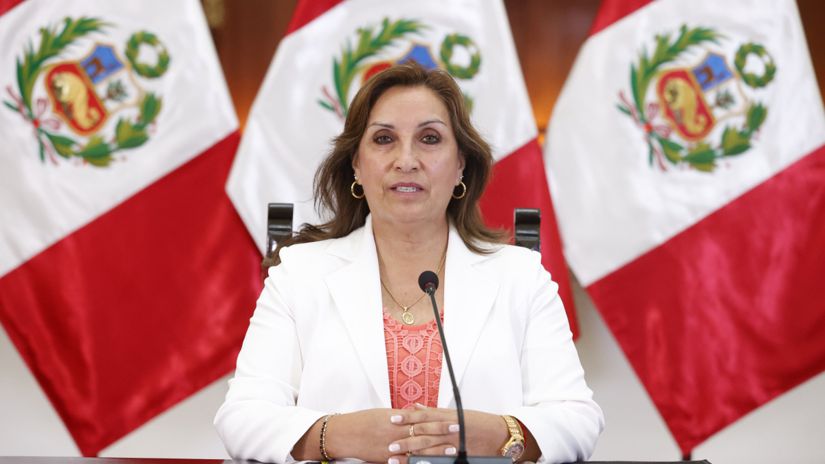 This Wednesday, a group of left-wing parliamentarians officially unveiled a petition for the nomination of Dina Boluarte to the presidency due to permanent moral incapacity, in accordance with Article 113.2 of the Political Constitution of Peru.

In the document, he is listed as responsible for the deaths of people taking place in the country during demonstrations of the population demanding his resignation.

“It is assumed that both Mrs. boluartbecause not a single member of his cabinet is willing to resign, despite the fact that our people are still being subjected to a literal and monstrous massacre. There is no other term that could be used, ”says the part vacancy movement.

The request for the vacancy was processed today at 18:15 by e-mail at the virtual party table of Congress. It takes 66 votes to get it processed, and then 87 votes to remove Boluarte.

Dina Boluarte appeared before the OAS

The President of the Republic, Dina Boluarte, actually appeared before the Organization of American States (OAS). There he gave explanations about what is happening in the country.

“I am aware of the legal right of Peruvian men and women who believe that the state in the broadest sense and in all its instances, as well as in its three branches of government: executive, legislative and judicial, for more than 200 years could not have years of republican life, embodying fulfill the promise that Basadre spoke about,” the president said.

Boluarte’s intervention comes days after a rapporteur for the Inter-American Commission on Human Rights (IACHR) confirmed after a monitoring visit to the country this month that Peru has been the scene of “violence” during the protests.

Protesters against President Dina Boluarte continue their mobilization on the streets of the capital a week after the call “The Capture of Lima”. Protestants gather at various points in the city and then begin their journey to Parliament.

In this situation RPP news could know that four seasons Metropolitan, near the center of Lima were closed as a precaution and the Purple Corridor bus routes were changed. Police have already had to use tear gas to disperse protesters at Hiron Lamp.