The prosecutor opens an investigation against Interior Minister Vicente Romero for the operation in San Marcos. 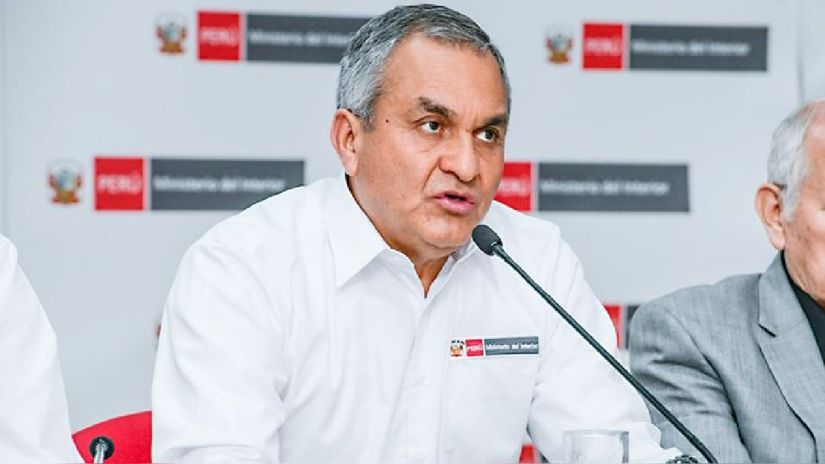 public service on Tuesday opened a preliminary investigation against Interior Minister Vicente Romero, as allegedly guilty of the crime of failure to act functionally to the detriment of the state. This is linked to a controversial police operation on 21 January at the headquarters of the University of San Marcos at UNMIM facilities.

This intervention by the National Police arrested 193 people after forcibly entering the university campus, but a day later they were all released by the prosecutor’s office, except for one who has requisitions.

With regard to the three individuals linked to the alleged terrorist links, it was reported that two have been released and another has been subpoenaed while the related investigations are ongoing.

Minister of the Interior Vicente Romero assured this Sunday that in case of any violations in the intervention at the University of San Marcos, those responsible will be punished. In addition, he reaffirmed his support for the operation, which left 193 detainees.

“I requested a detailed report on the intervention, but it was justified by law. I hope that they will someday reach me, and the commander-in-chief of the PPP will establish through his internal control bodies whether there are guilty,” the minister said. noted in an interview with the Panorama program.

Vicente Romero stressed that the operation took place under a state of emergency, so there was no need for the intervention of the prosecutor’s office. This, as he pointed out in response to a statement from San Marcos that criticized the police process.

“Perhaps the form was inadequate”

President Dina Boluarte apologized to students at the National University of the Mayor of San Marcos (UNMSM) for how the national police carried out an operation last Saturday to remove protesters who were on campus.

Boluarte insisted that “perhaps the uniform was inadequate” but stressed that the police, whose contingent had broken one of the bars on Door 3 to enter the Dean of America, intervened to protect the integrity of San Marcos. pupils.

The President indicated that no injuries were recorded during the police intervention and that the detainees, including protesters and students, were released from police stations at the end of the proceedings, with the exception of one person who is still in custody because he had order.

Previous article
Gabriel Boric speaks out about the situation in Peru and asks the government of Dina Boluarte to “change course”.
Next article
The surprises and snobs of the 2023 Oscar nominations